By: Katie McGuire
In the past 48 hours cadets of CLC Regiment 6 have taken the next step in becoming officers. This milestone started with Family Day, End of Camp Commissioning, and finally the Graduation Ceremony this morning.
Yesterday, July 23rd, 2015, families of the cadets were invited to Waybur Theater to listen to a presentation given by Col. Sean Gainey, Deputy Commanding Officer of U.S. Army Cadet Command, and other cadre members.
A slideshow was shown of the cadets throughout their training and a PowerPoint presentation stressing the importance of each phase of training: Pre-deployment training, Pre-rotational training, Mission Context Leadership Exercise (MCLX), and Recovery/Reflection/Setting of Goals and departure. Later the presentation was opened up for questions about the future of the cadets.

Finally, the families were able to see their cadets as they were waiting outside in formation and in their R.O.T.C. Polo’s. Some cadets, whose family traveled from as far away as Guam, ran to their family members, excited to see them after their 31 days of training here at Fort Knox.

Later that day, 31 cadets were commissioned as second lieutenants in the United States Army. The Commanding General, Maj. Gen. Peggy Combs, began the ceremony with a touching speech praising the newly ranked 2nd Lt.’s on their hard work and accomplishments in not only finishing their college degree but also completing the Cadet Summer Training program to become an officer.
She later encouraged them to continue to work hard and have great character to be successful in the Army. “You’ve got to love this, love the service. Only then can you complete the service that the American people bestow on you,” she said.
To all 2nd Lt.’s, this was a very happy day. 2nd Lt. Callista Stoop of University of Texas at Austin explained her current feelings of the day, “I’m really excited and happy it’s here, it’s the start of my career,” she commented. She said she is also excited to find out in November her given career in the Army.
Andrew Ragsdale of Alabama A&M University was especially happy to see his family in the crowd for this big day. “I’m pretty excited. I waited a long time so I’m excited and anxious. It’s a start of a new chapter, I’m glad they are doing this (ceremony) and allowing my family to come,” he said.
Each 2nd Lt. raised their right hands to give the Oath of Office with Maj. Gen. Combs. They then were called up one by one with family members to receive their shoulder boards pinned by family members and/or other military members. Maj. Gen. Combs then presented the commissioning certificate to each new officer.

As a part of the tradition, the 2nd Lt.’s then received their first salute from another member, active or retired, of the United States Army. Following this sign of respect, the 2nd Lt.’s gave their silver dollars to their superiors as a thank you for their guidance in training. The ceremony concluded with the Army Song, which was sung with pride by the newly appointed officers.
This morning, the cadets of Regiment 6 graduated from the Cadet Summer Training program, an ending to 31 days of dedication. Located at Brooks Field, cadets stood in formation one last time in celebration of completing this milestone in becoming an officer. In the crowd were families of the cadets and the cadre who were beside them the entire program.
Maj. Chris Peterson, cadre for the Bravo company, 3rd Platoon, described what this means to the cadets. “(This is) a good sense of accomplishment. They come here and accomplish what they needed to and now they can move on to their next stage in becoming lieutenants,” he said.

Cadet Matthew Kindle of Georgia Southern University gave the Cadet Cannonade and Cadet Creed to the crowd. He was following by the reviewing officer’s address.

Cadets lined in formation for the duration of the ceremony. Awards were given to multiple cadets for a series of accomplishments in the training period. Followed, was a speech by Col. Sean Gainey ending with words of encouragement to the cadets in their future training. Finally, the cadets did a pass in review, marching the length of the crowd as they cheered the cadets on.

The 2 day event ended with the Army Song sung by cadets and crowd members alike. It was then, after the month long training and ceremonies, the cadets were released to go back home and continue their steps in becoming officers in the United States Army. 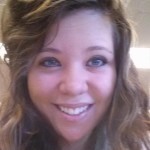