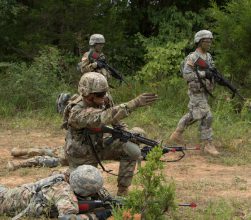 Cadets practiced indirect fire, setting up ambushes, and taking on enemy contacts throughout wooded areas. Squads of 12-to-13 Cadets perform certain tasks and set up a 360 degree perimeter.

Bravo Co. was taken through a battle drill and ran an artillery simulator to evaluate their reactions in high-stress situations. 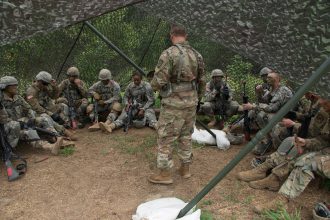 Kirkman also touched on the struggles of these drills.

Another challenge is getting Cadets with different backgrounds and training experience on a level playing field for all of them to understand what is being taught.

Cadet Agee Isbell from Jackson State University was feeling confident despite the challenges his Co. faced. 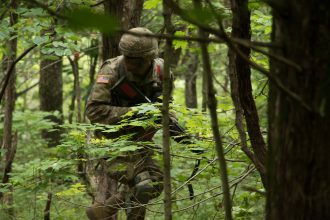 “It was a bit challenging, but it’s nothing no one can overcome, leaders have to be able to adapt and overcome and lead from the front,” said Isbell. “In order for all of this to work you’ve got to be a quick thinker and be adaptable.”