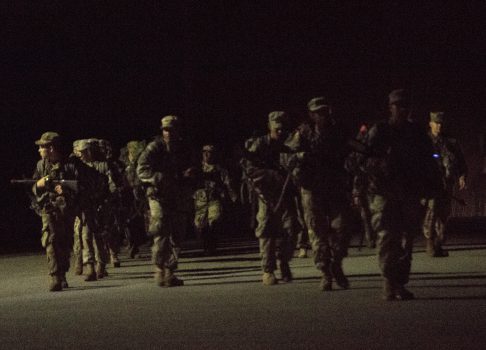 Describing Ruck March is difficult for people who have never moved with a 50-pound backpack for many miles. We can explain it as simply walking with all of the military gear, loaded for bear, over uphills and downhills for a long time.

Ruck March is part of the Cadets summer training; which is an excellent opportunity to go back over some of those skills necessary for a soldier and build Cadets up to the point where they can do 12 miles in the Advanced Camp training.

Start at 1 a.m., in full gear, Cadets walk one by one on the road with 12 feet distance between each other. With a steady pace, the ruck march endures about three hours.

Time makes it more challenging when all they do is walk, too tired to even talk. Doing nothing but walk in the dark frayed Cadets’ confidence and faith little by little; however, not one of them ever thinks of giving up. 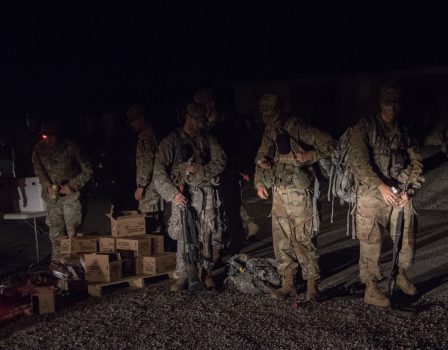 Cadet Carlos Andrade from Syracuse University just came back from the field along with his regiment to do the ruck march.

“It’s a nice night training, moving within the woods for long distance, especially for people who don’t have much experience like that,” he said.“I’m always motivated!”

Everybody is sleepy, sore and starving, without any light on the road during the ruck march, the only guide leading Cadets is the headlight of the car driving slowly in front of them. 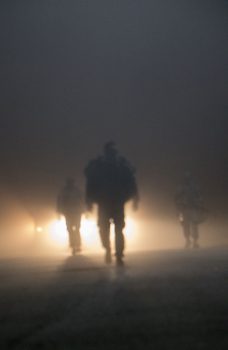 Moving steadily at a measured pace toward a goal means planning and execution. Experienced from the body to the mind, ruck march is a training of long rhythmic movement.

Training is not always easy, but it’s ultimately for a good cause after you complete it.