FORT KNOX, Ky – Cadet Summer Training is a pinnacle moment in a Cadet’s life as they take a step towards a career with the Army and face new expectations. With emotions high and the pressure on, it is a critical time when religion has a chance to take hold.

For 4th Regiment, Basic Camp Cadet Eric Quirk, from New Mexico Military Institute, his life was transformed by attending chapel services and reading his scriptures at night, allowing him to explore and develop a deep seated connection to a faith in Jesus Christ. The religious journey he began at camp encouraged him to keep a positive attitude and brave though 31 days of intense training. Through the support of his friends and chaplains, Quirk made the decision to be baptized on Family Day at O’Neill Chapel in front of his fellow Cadets and close family.

At CST, Cadets have the opportunity to exercise their first amendment right and practice their religious faith, incorporating it into their camp experience.

The chaplains provide two types of services: chapel services held in the garrison area at O’Neill Chapel and field services held out in the training areas when the Cadets are unable to travel out of the field. The religious services include protestant, catholic, The Church of Jesus Christ of Latter-day Saints, judaism, buddhism, and islam.

The services are lead by either Army chaplains and chaplain candidates or distinctive religious group leaders. Chaplains are members of the U.S. Army who are endorsed by a specific religious organization, while the ‘distinctive religious group leaders’ are local, civilian volunteers, vetted by the religious support office. These staff members and volunteers are here to support the spiritual needs of Cadets. However, when chaplains or volunteers are unavailable, the Cadets are still provided time and space at the chapel to gather, study, and pray.

In a speech Chaplain Erik Gramling, U.S. Army Cadet Command, command chaplain, gives to Cadets, he explains the Army’s role in providing access for Soldiers to freely worship and pray. He also enforces how it will be these future officers’ responsibility to ensure that their Soldiers have the freedom to exercise any or no religious faith.

Cadets are not only able to start incorporating their faith into their Army career, but also in their personal lives. In this line of work, Soldiers deal with life and death on the battlefield. They will be challenged with moral questions and face mountains they don’t think are possible to overcome, making these spiritual questions critical to be mindful of.

“I’m trying to challenge people to see that their faith can inform, equip, and enable them to be what the Army wants them to be,” Gramling said. “You don’t just get prepared mentally and physically to go down into combat, you should be prepared spiritually. You should be prepared in your religious faith and that’s on that Soldier to take care of that.” 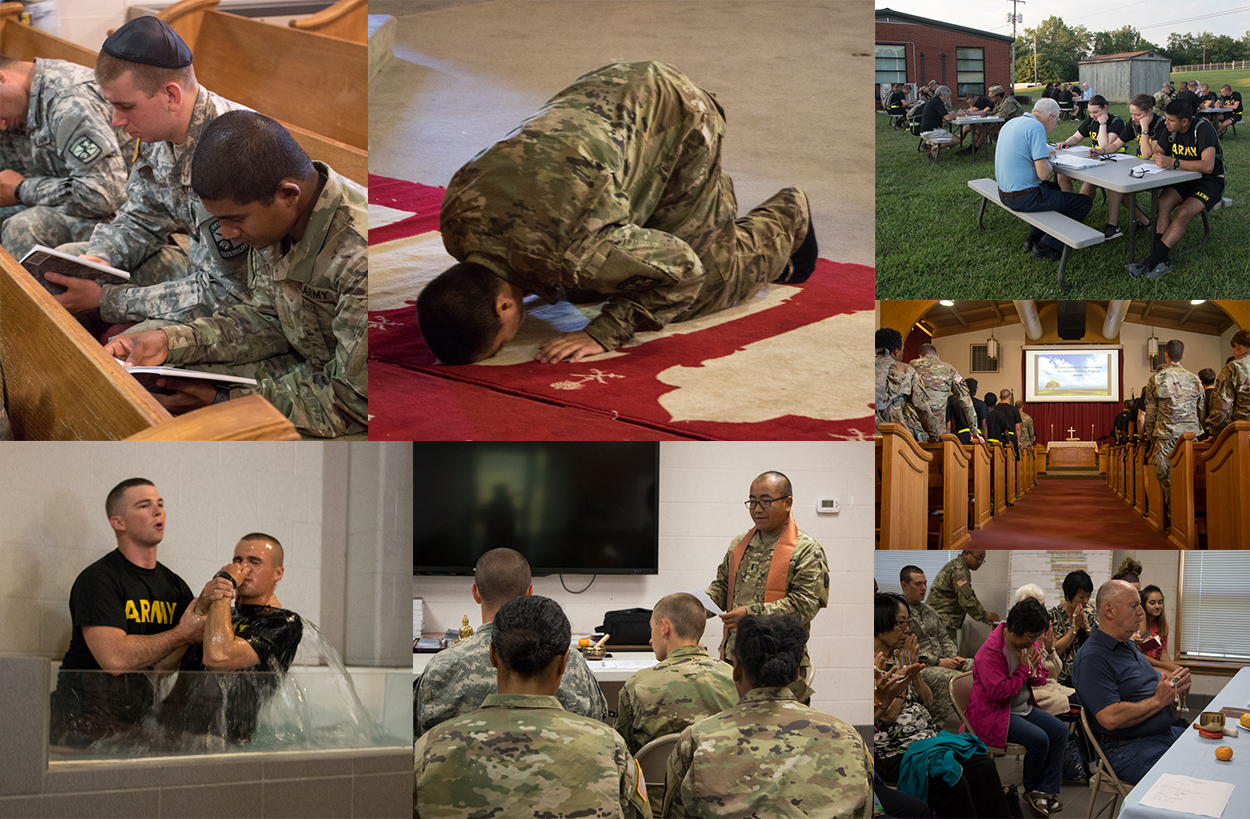 This year, two Cadets from 6th Regiment, Basic Camp, Cadet Brandon Hunter, University of Delaware, and Cadet Ashiq Rahman, City University of New York, became chapel battle buddies the first week when they discovered they were the only ones interested in going to Friday chapel services. Though one is jewish and one is muslim, they have formed a close bond by discussing their beliefs and motivating each other through the week with a countdown till chapel time.

“Praying helps us relieve stress,” Rahman said. “…This is our time to take a little moment off… Most of the time, I hang out with Cadet Hunter and we share each others [religious beliefs], so we have a respect for one another. It doesn’t matter what religion we believe, but we still come in and pray together to cool off our stress.”

Although these services are readily available, it is up to the Cadets to make their faith a priority during their time at Fort Knox.

“I always remind them that exercising your faith is much more than believing,” Gramling said. “It’s like going to the gym. You don’t just walk around the gym, look at the weights and believe they can help you. In the same way, you can live out your faith. You can express it – you can incorporate it into your Army experience as a officer or an enlisted Soldier.”

At CST, religious services are one more element of the Cadets week that are not overlooked. For some Cadets, these services motivate them to get through the tough times and find joy in the little things.

“If you’re a man or woman of faith, come with it,” Gramling encourages. “Bring what you need to practice your faith that you can carry; know that you’ll have chaplains available to you in your regiment as well as in the garrison area; come to services. Take the time to pray [and] take the time to read your scriptures because it will help you get through CST.” 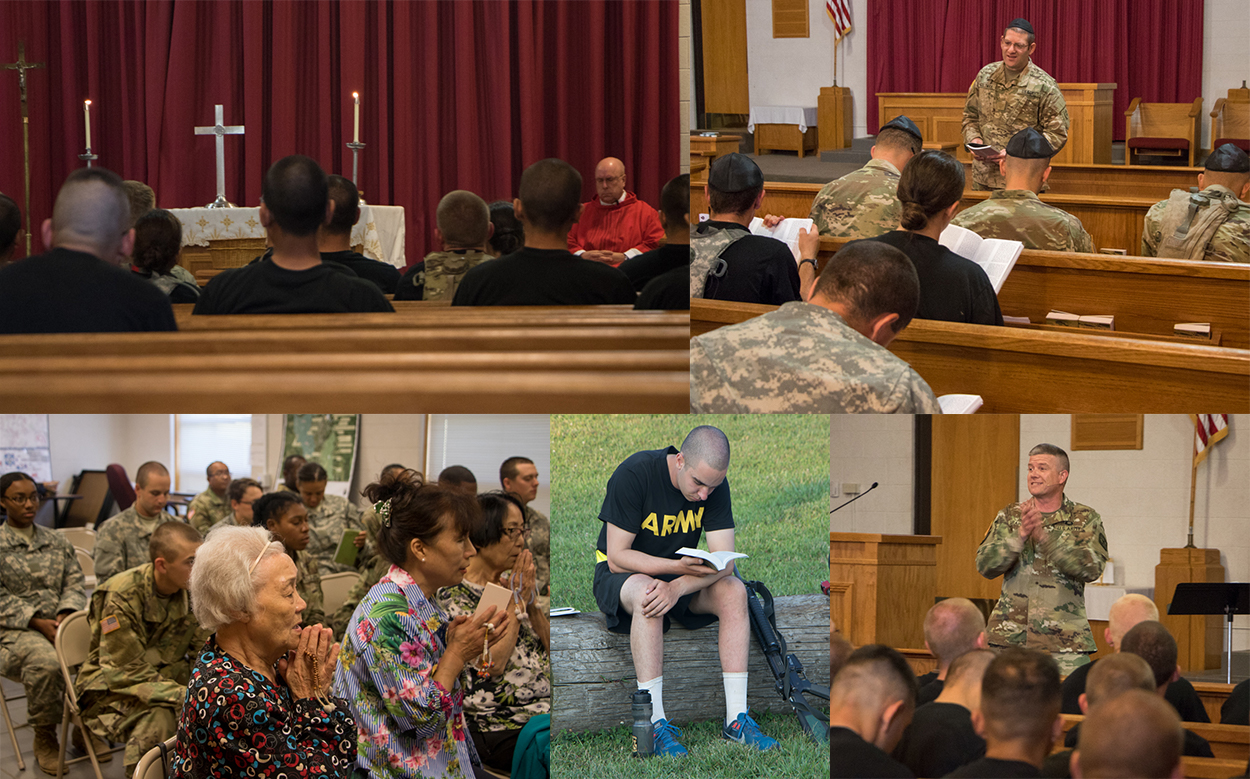