Fort Knox, Ky. – Cadre gathered at George Blair Range Wednesday morning to further prepare for the arrival of Cadets later this week for Cadet Summer Training (CST). Their mission was to not only review their basic marksmanship fundamentals, but also understand how to teach and appropriately evaluate the incoming Cadets. Cadre practiced zeroing in on their target at the Location of Miss and Hit, or LOMAH, Range. 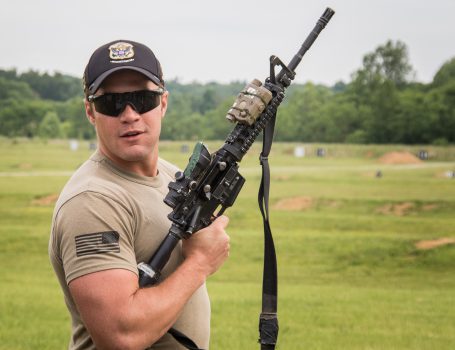 Groups of two to four Cadre spread out across the range and began to prepare their weapons to shoot at different target meters. Some took position to practice zeroing in their weapons while other Cadre members in the group monitored computers to track the rounds.

“Computers, and essentially lasers are used to track where your shots fired,” explained Spc. Theodore Hoeh, 212 A Company. Cadre are able to track where the bullet travels with the help of a small, high-speed camera. When the shot is fired, data is gathered on the round. This data shows where the round travels at each of the different target meters. “We use it to get a better zero overall. The more zeroed your weapon is, the better the shot gripping you might have and the more accurate shot you might have,” said Hoeh. 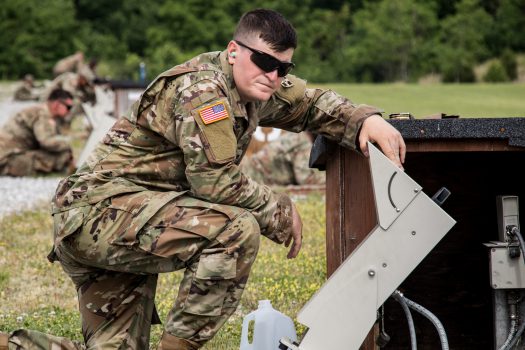 Spc. Theodore Hoeh monitors the firing computer at the George Blair Range at Fort Knox, May 22, 2019. | Photo by Jodi Moffett

By practicing zeroing in on their own weapon, Cadre will be able to further support Cadets in confirming their zeros. “Being able to physically see some of the problems this week will make it that much easier to do it for the Cadets,” explains Pfc. Braydon Duryea, from Fort Carson. Duryea, who arrived at Fort Knox last week for Atomic Mass Unit (AMU) training, cleaned up his marksmanship fundamentals and was present to help other Cadre fine tune their own skills.

Cadre are looking forward to meeting with the Cadets and helping them expand their knowledge and familiarity with their weapon. “A lot of the time, the only experience we may have with LOMAH Ranges is in basic training,” said Hoeh. Some Cadets might be very inexperienced and could be coming to CST without any experience with their weapons he also added.

Cadets can look forward to going over the fundamentals and basics of marksmanship. Hoeh said, “There’s only two that we like to focus on, and that’s pointing your weapon at the target and squeezing the trigger without moving your sight picture.” 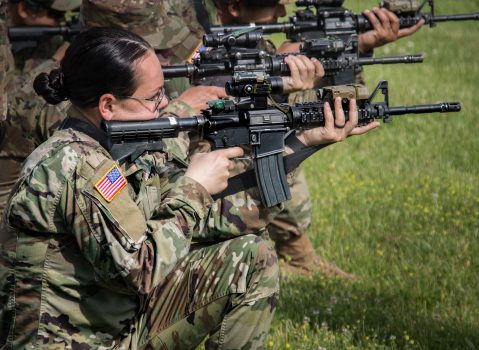 An approach that some Cadre are wanting to take with Cadets, as a way to help them become more relaxed at the range, is to come to them on a personal level rather than coming to them as Specialists.  Duryea suggests Cadets soak up all the advice Cadre share because so many of them have years of marksmanship experience.

Over the next few hours, different individual Cadre were able to hone in their skills on the LOMAH range and further prepare for CST. To learn more about CST and how Cadre are preparing, follow @armyrotc on Facebook, Twitter, Instagram and YouTube or visit https://futurearmyofficers.army.mil.

Maybe It’s Not So Basic After All