Fort Knox, Ky. – Living out in the woods for several days brings out a whole new side of people.

Cadets in the 3rd regiment are hoping the three-part training Field training Exercise (FTX) will showcase their leadership abilities. 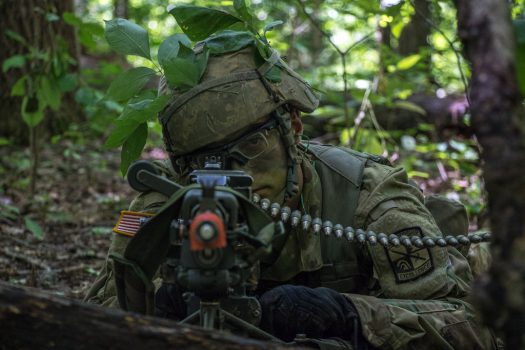 The FTX is broken up into three phases. The ‘crawl, walk, run’ model allows Cadets to learn and practice the tactical and leadership skills being assessed. The Panther Phase is the ‘walk’ phase of the training, during which Cadets are actively being evaluated.

The exercises allow Cadets to fill various leadership roles as well as practice tactics, regardless of what the weather maybe at Fort Knox.

“It is actually, the best weather we have had,” Cadet Alexis Skalitzky, from Kenosha, Wisconsin, who attends Auburn University, said. “With our regiment, every day we have had down pours with mud. So today it has been little bit easier to navigate the terrain and stuff.”

Cadet Nicholas Barber, from New Smyrna Beach, Florida, who is a student at the University of Central Florida said he learned the importance of proper planning and assigning roles to team members.

“My biggest take-aways are the importance of land navigation and talent management, so we accomplish the mission in the best way possible,” Barber said. 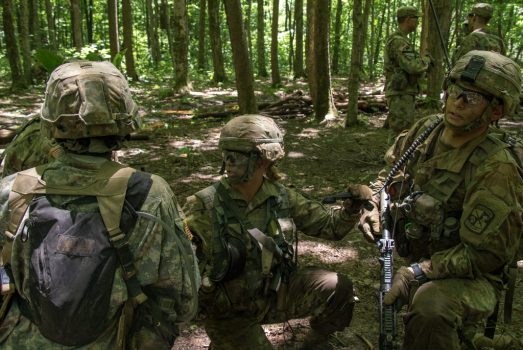 Skalitzky said she learned a lot about trusting her team members during this training.

“If you can’t trust your team then the missions won’t be completed and the little details are what could get you lost or killed,” Skalitzky said. “You don’t want to deal with that kind of stuff.”

Skalitzky had the opportunity to play team leader during parts of the exercise and noticed ways to improve on her communication skills.

“I think my leadership is always improving, I noticed little things that I can always add in briefing my team,” said Skalitzky. “Making sure they have everything to show up at the right time and place.

Showing strong leadership now is important for the Cadets future as Army officers.

“I think it is important because you can always become a better leader and in 18 months we will be leading soldiers in the United States Army. You should always want to be the best you can be,” Skalitzky said.

Cadets find confidence and trust in your battle buddy

Keep On Going, Give Me One More!