Cadets fought through a sticky heat as they took an assault objective at 8:30 a.m. 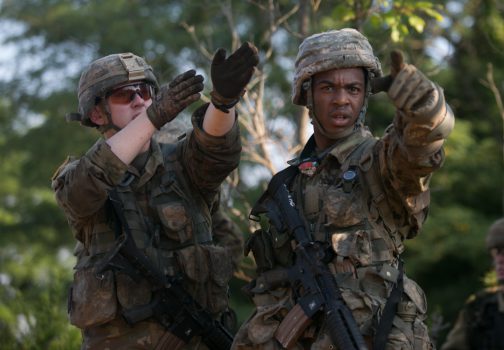 The goal was a clear — set up a defense in a open, red-clay field encircled by three car-sized mounds covered in trees and small foliage. Oppositional forces stay nestled into the greenery.

“Last night we started planning the mission, concept of operations and at the beginning I thought we had a solid plan,” said Velez, “but as any exercise out here [in field training exercises] goes once the plan gets moving you start hitting bumps in the road.” 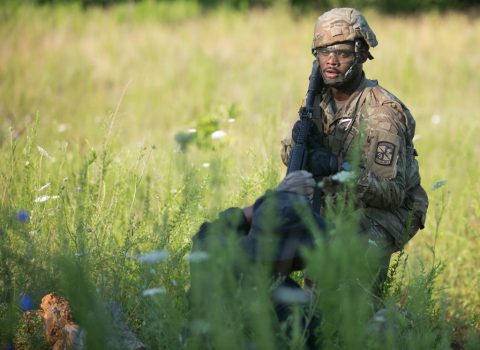 The constantine wire was the pivotal issue for the platoon. It left cadets in the assault element exposed long enough for them to take fire from the oppositional forces to open fire, resulting in one simulated casualty. However, Velez felt the positive communication help them recover and ultimately complete the objective.

Cadet Erin Blanchard, Louisiana State University, echoed Velez saying, “All together we have great communication, both verbal and nonverbal, we do a very good job of making eye-contact and using hand signals.”

The cadets where able to clear the full objective. They neutralized two oppositional forces and took one captures an “enemy combatant” .

4th Regiment, Advanced Camp cadets have three more days of field training before they will take on their 12-mile ruck march and prepare for graduation on July 14.