Wardynski supervises manpower, personnel and reserve components affairs of the Department of the Army. He is also the principal advisor to the Secretary of the Army on issues such as training, human resources, equal opportunity and other critical matters. 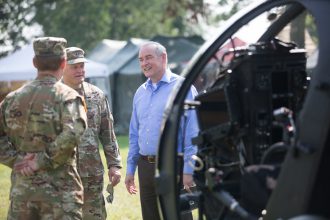 Branch orientation allows Cadets to see what different career opportunities are available for Army officers. Cadets who know what they would like to branch are able to explore job duties and training related to their branches of choice. For many, it is a chance to speak with an officer working in a job they’re interested in and receive tips on how to succeed.

“So these Cadets are all learning about branches as they go through each of these branch experiences,” Wardynski said. “The branches have taken the time to spell out what talents they are looking for in their branch, and orient Cadets in how they would fit in that branch, what the career progression would look like.”

Wardynski has been at his position with the Department of the Army since January and this visit allowed him to get his feet on the ground with the Cadets and see how the branches are recruiting. 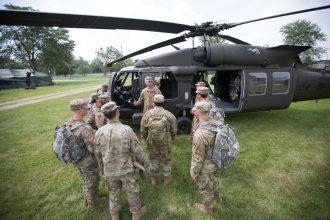 “So I’ve come out to observe and get first hand insight on how [branch orientation] is going. So when we make policy at the Department of the Army it is based on practical experience as well and the data that backs this up.”

Master Sgt. Christopher Parker, a senior ROTC instructor at Florida International University, said he hopes Wardynski was able to walk away with a good understanding of what information is being offered to Cadets currently.

“I hope he left saying,’Hey, we are offering these Cadets opportunities to learn about the different branches in the Army,'” he said, “and what more these branch reps. can do to sell their branch to these Cadets. Because some branches are sexier than others, but bullets don’t fly without supply.”

Wardynski’s visit to branch orientation may have an affect on future policy. This experience 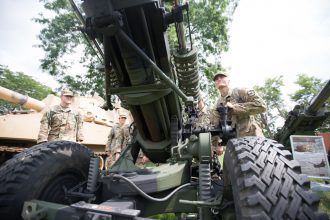 will allow him to see what is working for branch recruiters at Advanced Camp, to see what the high end of branch representation looks like for a recruiting event. This is information he can share when speaking to branch components and leadership about recruitment efforts.

“I’ll have a reference point to tell [different branches] what doing more looks like and perhaps what right looks like and what sort of things they should be talking to Cadets about to be relevant to the decisions Cadets will be making,” he said.

“I think this experience [branch orientation] is vital,” he said. “You can see the range of experiences a Cadet can have here. The branches have brought the equipment, which is obviously a big part of what gets people interested in the military. Some are into heavy metal, some are into flight, and some are into electronics and cyber so having a good representation of what a Cadet would see once they are an Army Officer and doing that career is very important.”

Wardynski said, its important to have hands on experience with Cadets to help inform the Pentagon’s policy.

All About That Mental Toughness