Cadets from colleges across the United States have the opportunity to travel to foreign countries and immerse themselves into the culture while becoming familiar with different military training.

The Cadet Coalition Warfighter Program (CCWP), formally known as the Cultural Understanding and Leadership Program (CULP), has been described as a “paid vacation” by some, but these Cadets quickly dispel this notion. 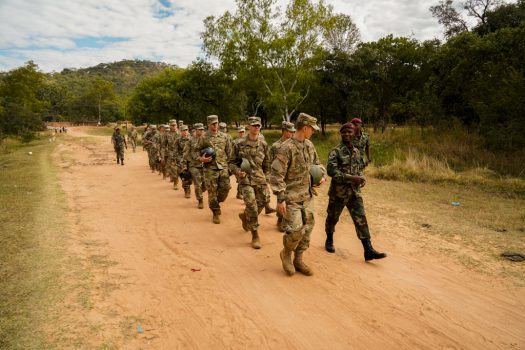 Cadets from Cadet Coalition Warfighter Program during their trip to Malawi, June 26, 2019.

Instead of going on excursions everyday like most do on vacations, Cadets who traveled to Malawi spent the majority of the trip at the Malawi Military Defense Academy or their airborne school. “This definitely was not a vacation,” said William Rathke, from The Citadel, “the first week we got there, they had us running miles in full combat gear the entire time.” 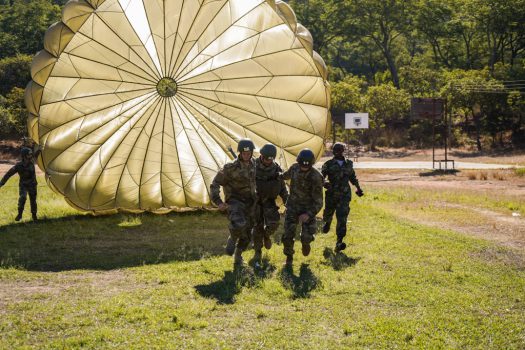 Cadets from Cadet Coalition Warfighter Program during their trip to Malawi, July 1, 2019.

When Cadets weren’t engaging in military to military activities, they completed humanitarian work in local villages. Two teams would sort bottles or teach first aid CPR with the Community Police, while another team would help build a wall with the bottles that were sorted.

“Everywhere you go, you see half-built houses, ruined houses, empty houses that no one is living in. It really attests to the fact that there’s no money there at all. It’s a different world,” said Cadet Douglas Smith from The Citadel. 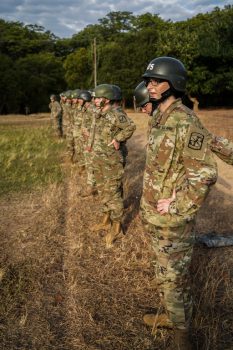 Cadets from Cadet Coalition Warfighter Program during their trip to Malawi, June 27, 2019.

Cadet Pearson Kerchner, from Florida Institute of Technology, described Malawi as a “sad-dog commercial” that never ended, something that was very eye opening.

When asked what the biggest takeaway was from going on this trip, Rathke said, “Here in America, were blessed with so much. In Malawi, people have close to nothing, if not exactly that. Although they’re poor and they’re in poverty, a lot of those people were happy with what they had. I think it’s pretty neat to know that money doesn’t buy happiness, and it was definitely something that country revealed to me.”

“For me it was the fact that we had the opportunity to train with a foreign military. Not a lot of Cadets or even soldiers will be able to say that they actually trained with a foreign military. It gave us insight into how interactions with foreign militaries will go down in the future,” said Kerchner. Another big takeaway for Kerchner was how humbled he felt for his military training and the funding that the Army has. “It makes you appreciate your own military more and the way we do things.” 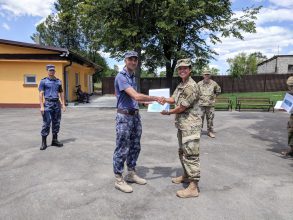 Before Cadet Jennifer Choate from the University of New England, left for her trip to Romania, she pictured the country to be all around grey in color and stuck in the Stone Age. “When we got there, we learned that it was a very vibrant city. The city is so colorful and people are wearing the most colorful garments. They’re happy and they’re exuberant and that’s just not something I expected.”

Although Choate and her fellow Cadets were able to visit Romanian landmarks such as the Transfagarasan Highway, they spent hours training at the Naval, Air Force, and Land Force Academies or aiding in community outreach programs.

“It was extremely rewarding when we went to the Romanian orphanages dedicated to children with disabilities, both mental and physical. It was great to go there and see what the local community and government was doing for them,” said Choate. 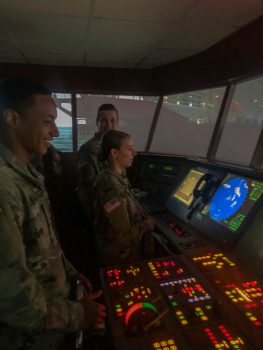 Soon after the humanitarian work and mil-to-mil training, Cadet Cameryn Mikesh, from West Virginia University, realized the impact of programs like CCWP.

Choate learned that Romania is a jump-off point for the U.S. before troops go into other countries. “I did not think that Romania was such a strategic ally to us both in NATO and in our personal relations with them. Seeing that a country that you might not hear about every day in the news, really has an impact, it opened my eyes.”

She continued to explain how learning to take in a culture and truly understand it can better prepare all Cadets as future Army Officers. “That in itself is a skill that is priceless. Yes, there is a mission, but you also have to put your people first and I really resonated with that philosophy. I think they need to keep the culture aspect [in CCWP] because it is just as important, if not more important,” explained Choate. “It’s an amazing opportunity for Cadets. You can have all the field training in the world, but if you don’t know how to step into a culture, then it means nothing.” 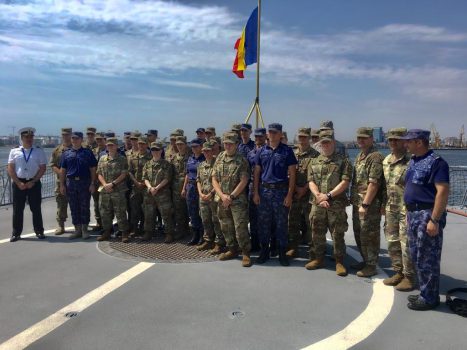