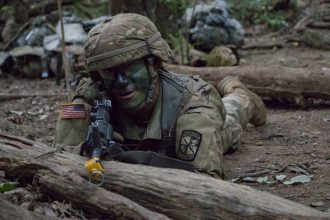 Wolverine is the “crawl” phase of three field-training exercises (FTXs) the Cadets are put through, Panther and Grizzly being the other two.

Panther being the “walk” and Grizzly being the “run” phases, the two are more difficult, forcing the Cadets to rely more on their own independent leadership.

The next two phases also start evaluations for the Cadets, so Wolverine gives them time to prepare.

A Little Room to Grow

From the start of Advanced Camp, many of the Cadets are confident in their ability to lead; they hone their skills at their universities, then come to camp feeling prepared to take on leadership roles.

And they certainly are prepared, but that shouldn’t mean that there isn’t room for them to better their ability and leadership style. 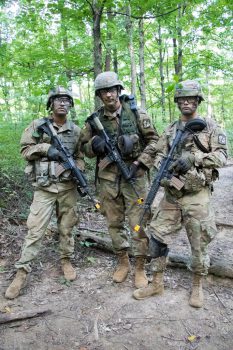 The Clarkson University student said that Advanced Camp has allowed him to expand his leadership style, helping him learn to reach out to all members of his platoon.

In the past, Marcklinger struggled to connect and communicate with the whole of the people he has been put in charge of.

“One big problem I’ve always had is that I can see the mission, I can see how I want it to play out in my head,” Marcklinger said. “Getting that [idea] to everyone else in the platoon has always been difficult for me.”

This FTX has definitely worked to help Marcklinger in that aspect of things, he said. It’s given him time to work with Cadets he doesn’t know very well, which challenges him and offers more quality growth.

Other Cadets also found the FTX to be beneficial in growing their leadership ability. 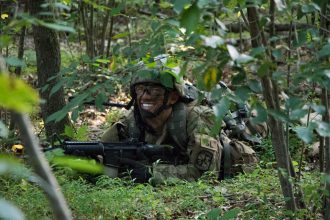 “I would say I came into camp with a really high confidence in my leadership ability,” Cadet Brandon Smith, from New Hope, Pennsylvania, said. “Now, these practice FTXs are just a good way to solidify and really work on communicating with people.”

Attending Thomas Jefferson University – East Falls, Smith said that he, personally, is aiming to be decisive and confident in everything he does. It’s how he hones his leadership skills; building his own confidence and striving to help his battle buddies.

The Cadets still have two FTXs ahead of them; each one more difficult than the last.

With every new challenge, a new notch on the Cadets’ belt of leadership forms; obstacles present the necessity for the Cadets to remain level-headed for the sake of those they lead, and it helps them grow.

And you know what they say: with great growth comes great responsibility.