FORT KNOX Ky.- Today the Second Regiment for Advanced Camp arrived to Fort Knox excited and eager to get started on their new journey towards military success.

Upon arrival, Cadets are put into lines where they check in and are given their assignments. The Cadets then do a gear layout where they unpack their bags and are checked for any contraband and to see if they packed correctly. This is the first taste that Cadets get for what camp will be like. Many Cadets were enthusiastic to learn and better themselves throughout the summer. “I want to learn to be a better officer and to acquire any skills that I’m already lacking, basically prove to myself that I have what it takes to be in the army”, explained Cadet Taylor May of Georgia Tech University.

Many Cadets don’t know what to expect when arriving to Advanced Camp so a lot of them have some reservations as well as very high expectations. Cadet William Northop of Syracuse University expressed some fears about his gear, “I’m afraid that my gear won’t show up, its currently MIA and there’s a lot of stuff I really need’. While there are some Cadets that have fears, there are others that don’t seem to be breaking a sweat. “I’m not really too much afraid of anything, my Cadre really set me up for success out here at Advanced Camp, so I’m pretty confident”, explained Cadet Andrew Elias of  Albany State of Fort Valley University.

Lieutenant Colonel Cesar Rodriguez gives advice to the 2nd Regiment of Cadets as they arrive for Advance Camp on June 9. Photo by Scarlet VanMeter

Throughout the next 30 days, the second regiment will be testing their strength, confidence, and leadership abilities. The Cadets will overcome some of their biggest fears by participating in various challenging courses that put their skills to the test.

Lieutenant Colonel Cesar M Rodriguez offered some words of advice for incoming Cadets, “I’ve got a motto I call it the P.V.C motto, presence, visualization, and control. So as long as their showing their presence and they can visualize how to be a leader in the future and then how to control people when they’re going to be in charge then they will be fine”. 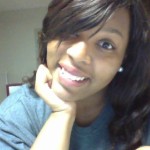 Reunited and It Feels so Good