The Platoon Situational Training Exercise (STX) is a short, scenario-driven and mission-oriented exercise designed to train Soldiers and guide them to successfully complete missions throughout their careers.

“The Platoon Situational Training Exercise (STX) is what we call the learning phases of the field exercise for Cadets to learn about the basic offensive operations as well as some defensive operations,” Captain Lee Harding from the Temple University explained. “And we are here to offer some tactical and technical expertise, and also question them why they have chosen to decide to do certain things.” 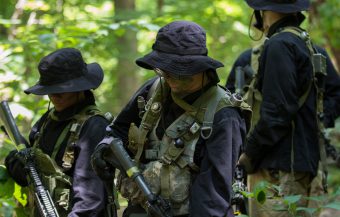 During the mission, Cadets are always split into two teams where some wear the army uniform, and others dress in black attire to signify the enemy. Cadets often find it difficult to confront their fellow Cadets as enemies.

Cadets also experienced difficulty attempting to maneuver in a muddy environment full of ticks and twigs, under glaring sun and high humidity. 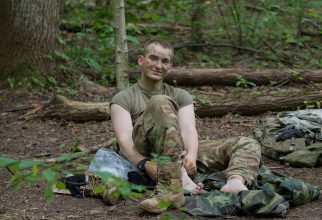 Cadet Keith Ford from Hofstra University found out it is hard for them to remain optimistic during stressful situations. “It’s been upgraded in toughness this year because the army wants officers to be resilient no matter what field they go into. Even though it’s all about tactics and doctrine, a lot of it is just mental fortitude and overcoming your adversity.”

Every Cadet faces physical and environmental challenges on top of learning new tactical skills while participating in the training.

“Adaptability is huge, and leadership is huge that you need to put those two things together and make a huge difference,” said Cadet Steven George, a student from Valley Forge University.

Cadets also learned to complete the mission in a timely manner, while learning to adapt to their new teammates. Strategizing with different backgrounds and learning experiences, the value of diverse perspectives was highlighted.

“Everybody makes a difference as far as the level of impact you can have and then the importance of each rule. We are all a tight-knit group that we suffered all the time together, and we got sad, hot miserable so often. We turn that relationship into a function as a machine and try to channel it to be efficient,” said George. 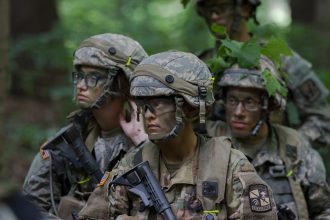 Although the training was not easy, teamwork and determination keeps them moving.

Training gives Cadets more insights into their capabilities and how they can ensure all their future missions will be successful. STX not only assists Cadets to emerge winners in army expeditions, but also helps them win during combat in real army missions later.

George said, “I’ve learned about how to communicate better with people effectively. I feel the training is like a testing ground in the breeding ground; if you can induce the stress right now then hopefully you’ll be good at these types of situations and become a successful officer in the future.”