FORT KNOX, Ky. – Everyone always asks, “What do you want to be when you grow up?” Today, 4th Regiment, Advanced Camp Cadets had to think about their answer. 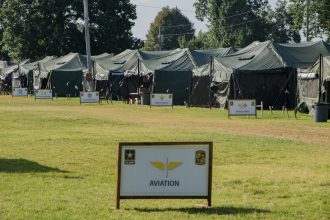 As Cadets filed into Keyes Park, tents filled with information and presentations on various branches lined the perimeter, inviting them to enter and learn their options.  Branch Orientation physically demands nothing; however, the difficulty lies in mulling over life direction.

Throughout the orientation, Cadets rotate through seven to eleven stations of their choosing to help them decide which career they want to make their own.

Branches in the Army are not one-size-fits-all, although one could easily be a fit for several. Each branch demands different skillsets which not all possess. 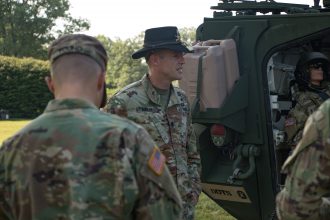 Lieutenant Colonel Jeff Barta believes Branch Orientation is important because, “We want someone to be happy with their career they are serving in, so they should be informed on some of the opportunities that are out there.”

These decisions will map out their future. Better make sure they have the full picture.

Cadet Noah Curtis from Grand Canyon University enjoyed the event, since it
provided an opportunity to learn about the careers he is interested in without any commitments. As an aspiring federal law enforcement officer, Curtis feels that branching Military Police would chart a course for life after the Army. 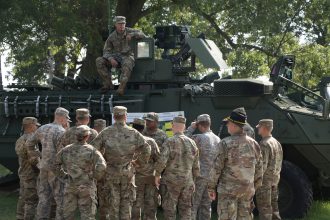 Another Cadet leaning towards Military Police, Eli Gremmert from Brigham Young University, said picking a branch requires you to, “look long-term down the road, not only as a platoon leader, but also within or without the army itself.” Gremmert knows that many factors influence the decision but figuring out which path will lead to the best future is the main goal.

The decision is ultimately up to the Cadet and which path they think will fulfill them best, whether they plan to get in and get out of the Army, or if they plan to make the military a life-long career.

If the shoe fits, wear it. If the path makes sense, take it.