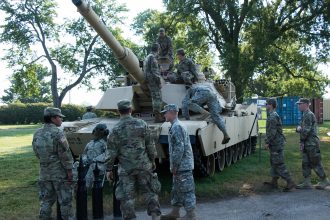 The purpose of Branch Orientation is to give the Cadets more information about the Branches that they are interested in as a future career in the Army.

Cadet Jessica Hickman, University of Georgia explains the importance of Branch Orientation and how it helps to solidify her Branch decisions.

“In the particular branch you want to see, you get to go in and find out more information to see if you would like to pursue it, or not pursue it,” she continues, “You can find out something that you didn’t know.” 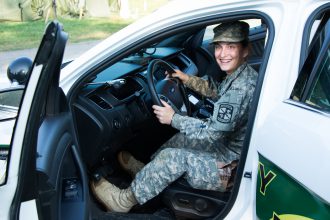 Cadets are able to speak to Cadre who have years of experience in their Branch and they are able to ask real-life questions about their background on the Branch.

Sgt. Maj. Todd R. Crawford, Office of the Chief of Armor, goes into detail about his job during Branch Orientation.

“We come out to talk about the Armor Branch. We’re looking for Cadets who are interested in being Armor Officers, it’s a thinking man and now woman Army and Branch,” he continues, “So what we’re out here to do is just show them a little bit about what we do and the type of equipment that we have, which is pretty awesome.” 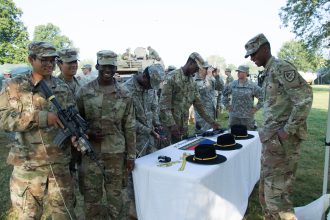 Crawford reiterates how special he believes the Armor Branch is and what advice he can give Cadets that are interested in branching Armor.

“It takes a real special kind of person to be an Armor Officer,” he touches on the advice he can share, “Do not quit, no matter what. Sometimes it might seem to be a little difficult, but do not quit. Learn everything there is to know and have trust in your NCO’s that they will lead you in the right direction.”

Basic Camp Bonding: The Benefits of Working Together