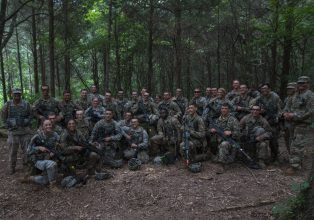 Ft. Knox, KY– Within the crowd of Cadets in 3rd Platoon, Bravo Company, 8th Regiment, Advanced Camp, there was one Cadet that Cadre was able to easily identify.

“The Ranger boy is getting all the attention, that’s what happens when you’re an E-7,” Captain Dylan Gallagan jokingly added.

Marc Venditti, University of South Florida, a prior enlisted soldier, has quite an impressive résume when put up against his battle buddies, including Cadre members. 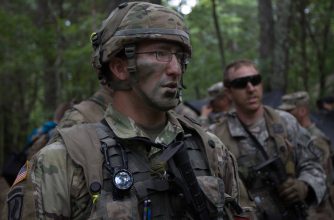 With all of his experience, Venditti commented that he usually gets pointed out by Cadre members in every lane. “It starts to get old,” he said with a smile on his face. The experienced Soldier added that he wanted to further his education and learn a new skill within the Army.

“One of the major advantages that I think I have is my military experience compared to the other Cadets,” Venditti started to say, “I know what to expect and can handle a lot more stress.” He then added, “The disadvantages that I have is starting at an initial entry level again.”

When asked about advice that he would give to enlisted personnel wanting to step into the officer world, Venditti said, “Just like anything else in the military, buckle in and just do as your told.” 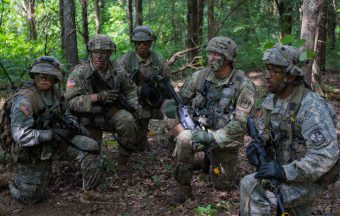 With hopes of becoming a Military Intelligence officer, Venditti is a Green-to-Gold Cadet, meaning that he would return back to active duty once he commissions.

Good luck in all of your endeavors, Ranger boy!

Rucking Toward the Music