When the band plays the National Anthem, every military member stands and salutes; while others not in the uniform stand up and face the American Flag. 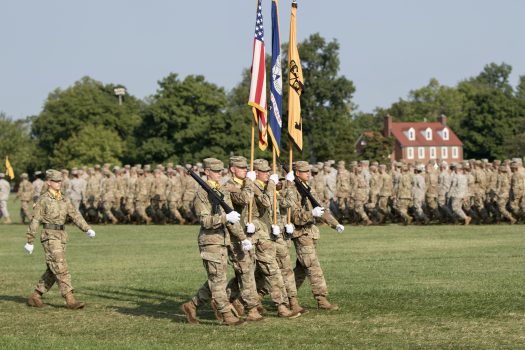 The graduation ceremony starts with the formation of troops. Cadets are organized and lined up in coordination with their fellow teammate in the middle of the field, then demonstrate precision movements and marching skills to their family and friends.

The ceremony marks the culmination of 31 days of rigorous and intensive training, signifying the completion of Advanced Camp. 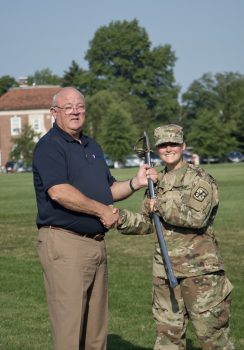 Cadet Dana Gertschen, University of Wisconsin-Stevens Point, receives the AUSA Leadership Excellence Award during graduation. Cadets earn this award for being the top Cadet in each Regiment, as determined by Regimental Cadre Board.

“My advanced camp experience was challenging,” Gertschen said. “but in a good way, it helps me grow as a good leader and teach me how to work with people from all over the country. ”

“I think it’s important to lead from the front, stay confident to yourself and always support everyone around you,” she said.

Coming from different places and backgrounds, Cadets learn how to build relationships with each other, how to trust their battle buddy and even become friends. 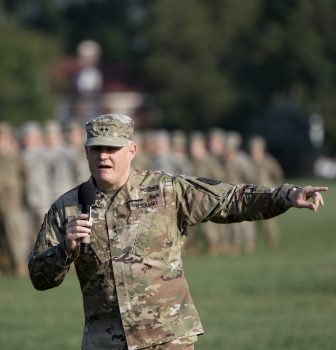 Chaplain 2nd Lt. Michael Borders, “Through the summer, they have endured challenges and trials. But after these difficulties, each of these men and women has triumphed as individuals and a team.”

Col. Joe Wongs highlighted, “Wherever you come from, Los Angelas or New York, Toledo or San Antonio; whether from a red state or a blue state, for you who are standing out in the field today, the only colors that matter is red, white and blue.” 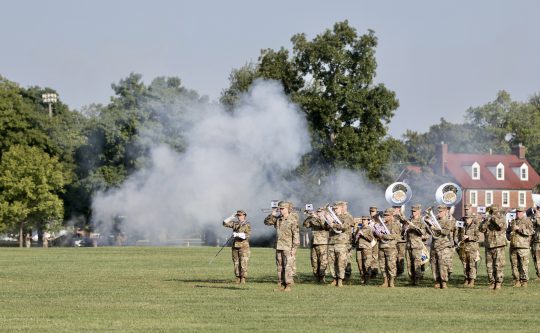 As the Cadet Creed said, “I am an Army Cadet. Soon I will take an oath and become an Army Officer, committed to defending the values which make the Nation great.”

There are still many obstacles to overcome in their pursuit of a mission, but I believe they’ve already well prepared to be a future leader in the U.S. Army!

Teaming Up Against the Confidence Course | 5th Regiment, Advanced Camp