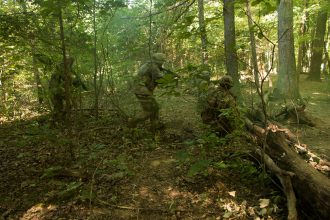 In order to have a successful Field Training Exercise, Cadets must communicate well with each other and correctly prepare for their mission.

Whether the mission is an assault, a retreat or a defense.

Cadets from Delta Company faced the Opposing Forces while planning an attack on the objective, Olympia.

What was originally planned as a deliberate attack, but due to making contact during the leader’s recon, it turned into a hasty attack. 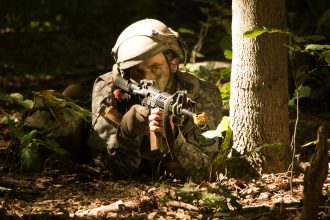 Cadet Matt Wilder, The Citadel, was a part of the platoon attack and has more on their strategy.

“The platoon leader and platoon sergeant placed a support-by-fire on line, brought the assaulting elements to the left side and then engaged the enemy,” he continues, “in the end we did manage to secure the objective, and we’re establishing 100 percent security as well as CCP for our causalities.”

Wilder explains the effect of high morale within a platoon during an FTX.

“I think we had really good morale and we’re all doing pretty well considering it’s the last day of the second FTX,” he reflects, “but overall, hearing those guys come down with those 240s’ and getting to engage with the enemy, I think that boosts morale quite a bit.” 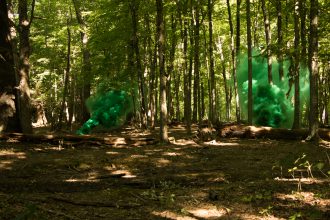 Cadets must plan the attack, communicate through out the exercise and also deal with the OPFOR defending the objective.

As a member of the OPFOR, Pfc. Sebastian Gomez reiterates the importance of security when conducting an assault.

Gomez offers advice for Cadets participating in FTX and how they can improve their security during an assault.

“Even though there’s one casualty, they need to see whether that casualty is still alive or not and then pull security around that casualty regardless if it’s fatal or nonfatal,” he explains, 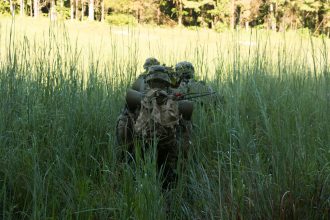 Cadets from 10th Regiment, Advanced Camp making their way to the objective during FTX August 6, 2018 at Fort Knox, Ky. Photo by Haley Brown

“Security is the main, number one thing in infantry; I’m an infantryman and that’s the main priority.”

Cadets were successful in securing the objective after the assault on Olympia.

Advanced Camp is No Match for a Military Institute Cadet

Where the only showers are rain showers: Advanced Camp FTX