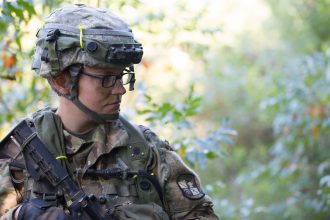 During the raid exercise, the opposing force was able to overcome the Cadets by eliminating 20-percent of their platoon, leaving them combat ineffective.

A key reason the platoon failed their raid was due to bad placement of the support team.

Cadet Victoria Smith, Texas A&M, was part of the support by fire element tasked with suppressing the enemy while the assaulting element could move in and conduct the raid.

“We didn’t have very good visual of the enemy,” she said. “A lot of times support by fire doesn’t have a direct line of sight, but today we were shooting into the side of a hill.” 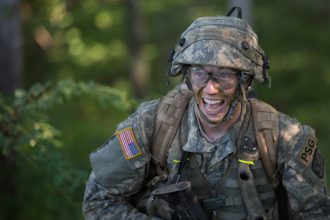 Cadet Jacob Finton, Marshall University, was the Platoon Sergeant for this exercise and was decided to make the call to withdraw from the objective.

“When [the support element] found out we were shooting too low, away from the people on the objective,” he said. “We had already lifted our fire for the assault element  and then the assault element was flanked, and pretty much all eliminated. Due to that I had to make the call to either continue or go off.”

Like many other parts of Cadet Summer Training, this failure offered an opportunity to learn.

“I learned a lot actually,” started Finton. “Though I trusted my weasel, weapons squad leader,  to set up that support by fire as I had to hold the [Remote Operations] while they were on the leaders recon. I learned that I should probably double check their positions when I get there.”

“Make sure your support by fire isn’t shooting into a hill,” said Smith.