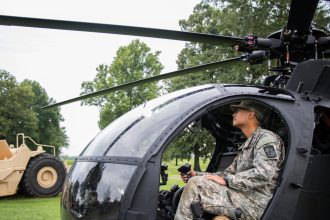 Cavalry, Infantry and Ordinance are just three of the many branches present during Branch Orientation.

“Branch Orientation is basically a way to learn about what you can find from every branch in the Army and work on our professional development,” said Cadet Jadiel Crespo, University of Puerto Rico – Rio Pierdas.

From Armor to Field Artillery, Branch Orientation serves as the Army’s own career fair, allowing Cadets to explore what they could expect as future Officers in the United States Army.

“I think Branch Orientation is important because it allows us to get a better perspective for what life will be like as a 2nd Lt.,” said Crespo. 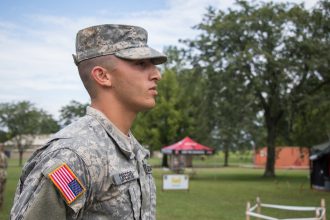 Aviation is at the top of Cadet Jadiel Crespo’s list of branches to visit during Branch Orientation.

When asked about which branch he was most excited to explore, Crespo didn’t have to think twice before answering.

“My first option is Aviation,” said Crespo. “I want to be a pilot.”

Between shouts from branch representatives pulling Cadets to their branch’s tent and the sound of pump-up music from the various promotional videos, Cadets learned about the 18 possible career paths the Army has to offer.

“It’s a chance to find out more about what you’re interested in,” said Thomas Brooks, Auburn University.

As a supply chain management major, Brooks explored branches that would best suit his field of study. 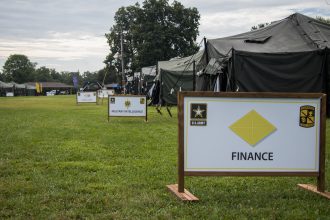 “I visited Chemical and Transportation which actually involves a lot of what I would be doing in my major,” said Brooks.

Similar to Cadet Crespo, however, Brooks has a soft spot for Aviation.

“I was originally in Air Force ROTC,” admitted Brooks. “I still would like to fly so I think I’ll check out Aviation.”

As the Cadets of 8th Regiment, Basic Camp prepare for Friday’s graduation, both Crespo and Brooks have high hopes and a new perspective on life as a future Army Officer.

Confidently rappelling in rain or shine

Finding a Needle in a Haystack