Fort Knox, Ky. – Early Tuesday morning on May 21, Cadre from different college’s ROTC programs gathered to evaluate other Cadre members as they completed a Threshold to Failure mission. They also learned how to increase or decrease stress for Cadets in these situations. The assigned squad leader was expected to lead the team through the different obstacles with an end goal of retrieving and returning an injured Soldier. Cadre were there to observe this mission and evaluate the leadership skills of the squad leader. 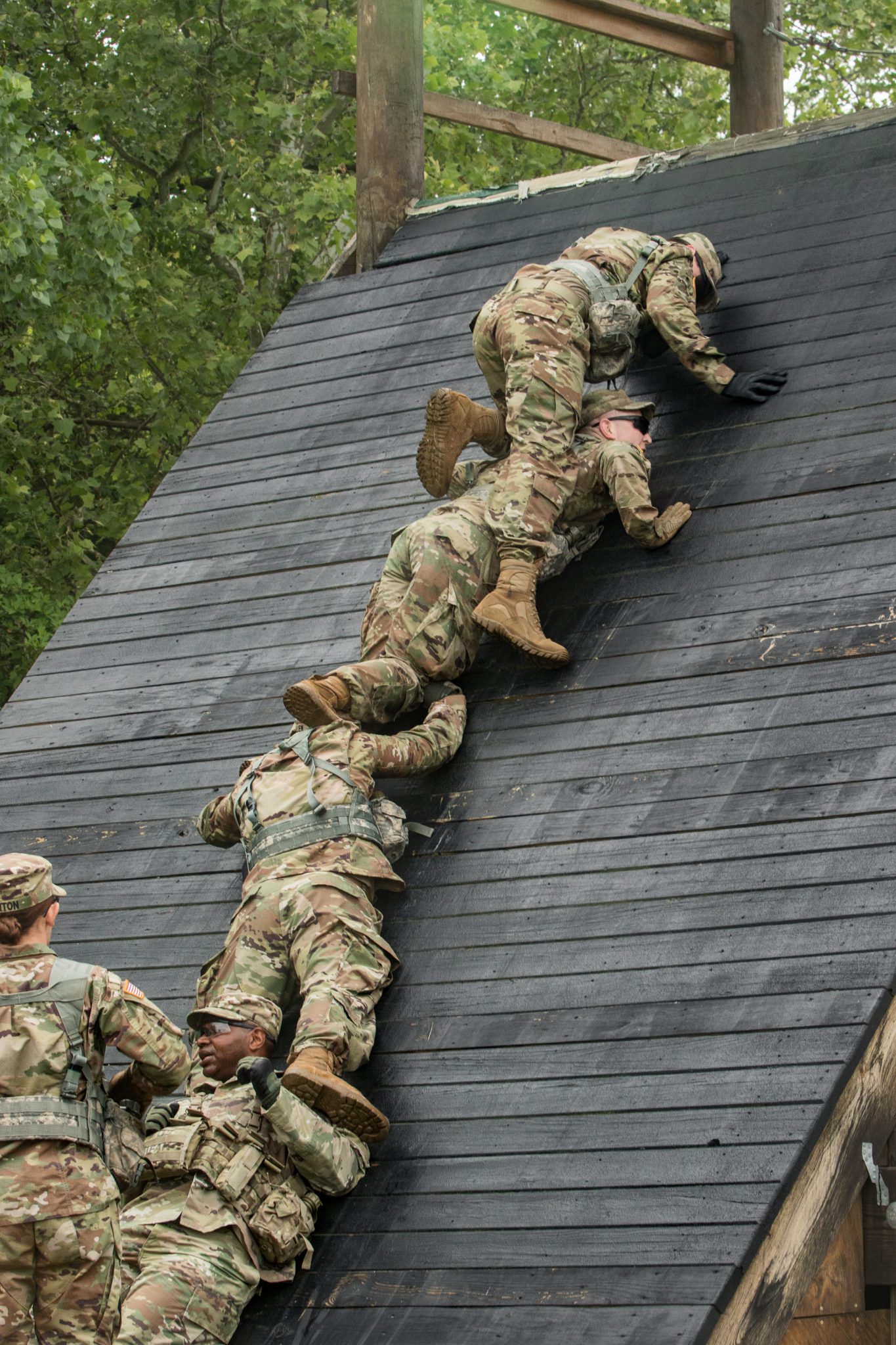 Cadre supporting each other during Threshold to Failure exercise at Fort Knox, May 21, 2019. Photo by: Jodi Moffett

Capt. Darren Ekey from the University of Tennessee at Martin explains, “Today’s mission is what we call, Threshold to Failure. We’re teaching the Cadre how to turn stress up and down based on the situation so that they can see those leadership attributes come out of their Cadet.” Kefy continued to elaborate on how the Cadre were able to witness tactics to increase stress in the Cadets during today’s training by Master Sgt. Steven Kowatch of Mansfield University.

Kowatch walked through the course with the participating Cadre, adding stress to the squad leader by consistently telling him how much time he had left, creating casualties, and addressing problems to the squad leader as they came about. Cadre will be expected to evaluate and control similar situations Cadets will be put in over the course of the next few months during Cadet Summer Training. Their training also allows them to be able to assess the Cadet’s abilities and level the appropriate amount of stress in order to bring out leadership attributes these cadets have. 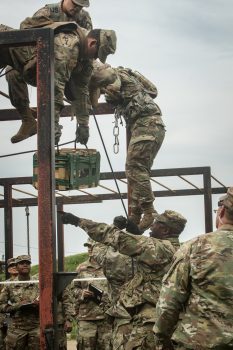 Squad Leader, Master Sgt. Drummer, a Military Science Instructor from Oklahoma State, expressed how thankful he was that Kowatch allowed him and his team multiple attempts to regroup and assess the situation further in order to maneuver over obstacles and compete the mission. When asked why he thought this training was important for the Cadre before the Cadets arrived, Drummer stated, “this training is important because the cadets are going to be going through the same thing and us understanding what they’re going through, we can relate to it and can empathize with them.”

As squad leader, Drummer was expected to provide directions for each of the nine members of the team as they moved through the obstacles and rescued a casualty. These obstacles included scaling a wall, using each other as a way to reach the top, climbing and then crossing over the top of monkey bars, retrieving the casualty and then going back through each barrier, providing safety and support for the casualty. Drummer emphasizes, “Obstacles were difficult themselves. We had to stop at each obstacle, determine how we were going to negotiate that obstacle and then find the best way to keep going through the process.”

Although there were a few mistakes, such as dropping the casualty in the ravine off the monkey bars and many falling as they attempted to climb over the wall barrier, Drummer thought that overall their mission was a success. “As you go through realistic training as a group, it’s going to build comradery. As you go through those difficult moments together, you depend and rely on each other in those times. I thought we did that today,” he said. 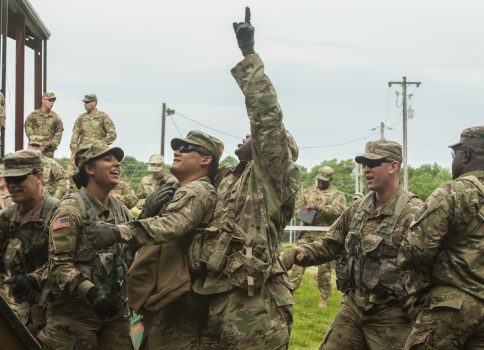 Shortly after, Cadre were asked to turn in their evaluation of the mission and Drummer’s leadership evaluation. The session ended with Sgt. 1st Class Boehme going over how Cadre should have done their evaluation and highlighting important information for Cadets.

Why Warrior Skills? Cadets Tell All