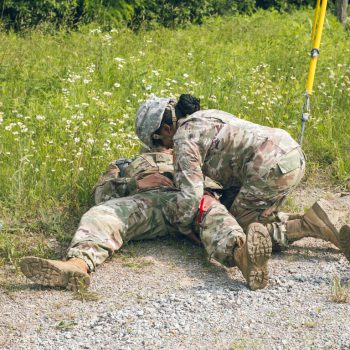 An Army medic applies a tourniquet to a a simulated casualty as part of a mass casualty exercise in Fort Knox, Ky., June 4, 2019. | Photo by Kyle Gallagher, CST Public Affairs Office

“What this was meant to do was see how well the CST [Cadet Summer Training] teams, Fire and Emergency services and EMS crews worked together, to make sure we can meet the capabilities of a mass casualty incident,” said Fort Knox Assistant Fire Chief Matthew Wood. The training event included all emergency services on Fort Knox, the CST Tactical Operations Center, Ft. Knox Range Control, and Army Air MEDEVAC crews.

The event started at 10 a.m. with a simulated rollover accident that injured six Soldiers outside the vehicle and one person inside it. 2nd Lt. Jane Summers, the “acting” platoon leader, notified Range Control and the TOC, via tactical radio, and within four minutes an Army Field Litter Ambulance (FLA) arrived on scene. Ft. Knox firefighters and EMS followed close behind to treat the injured.

With the arrival of other ambulances, the Army Medics transported three casualties to a Helicopter Landing Zone (HLZ) to be airlifted to a hospital in Louisville. 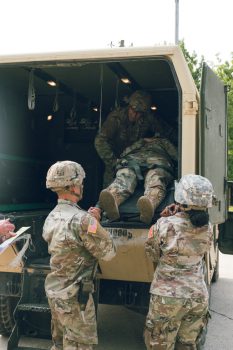 “We utilized our first ever MEDEVAC, to put them on alert response and actually bring them out to the scene to transport three personnel to Louisville,” Wood said.  The Army and the hospital have an agreement in place to treat seriously injured military personnel from the base.

Ambulances moved the remaining casualties to a base treatment facility.

“They did a good job triaging, but once EMS and Fire Department came, there wasn’t a lot of communication between the two [Soldier medics and civilian EMS]… We don’t deal with the civilian side of the [medical services] very much, so that’s definitely an area we can strengthen, throughout all our installations,” said Master Sgt. Emily Green, the operations Non-Commissioned Officer in Charge at the post’s Ireland Army Health Clinic.

Green said today’s training is invaluable to all the personnel and organizations involved. 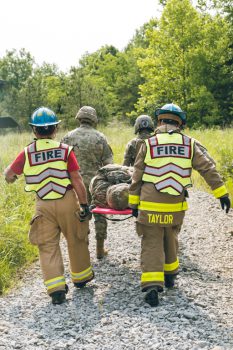 “This training was absolutely beneficial, seeing as how we have a lot of new soldiers who haven’t deployed yet and who haven’t seen real casualties,” Green said. “It is important those new soldiers see the importance… of doing the best you can to make sure those Cadets and cadre can all go home to their families in one piece.”

Cadet Command undertakes an event of this magnitude twice during CST. 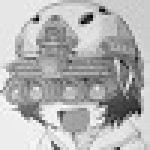