FORT KNOX, Ky. – Before any Cadet walks onto a range at Cadet Summer Training (CST), they must first attend PMI or preliminary marksmanship instruction.  For some Cadets from the 4th Regiment, today might have been the first time they have held a weapon, specially an M4 Carbine rifle. 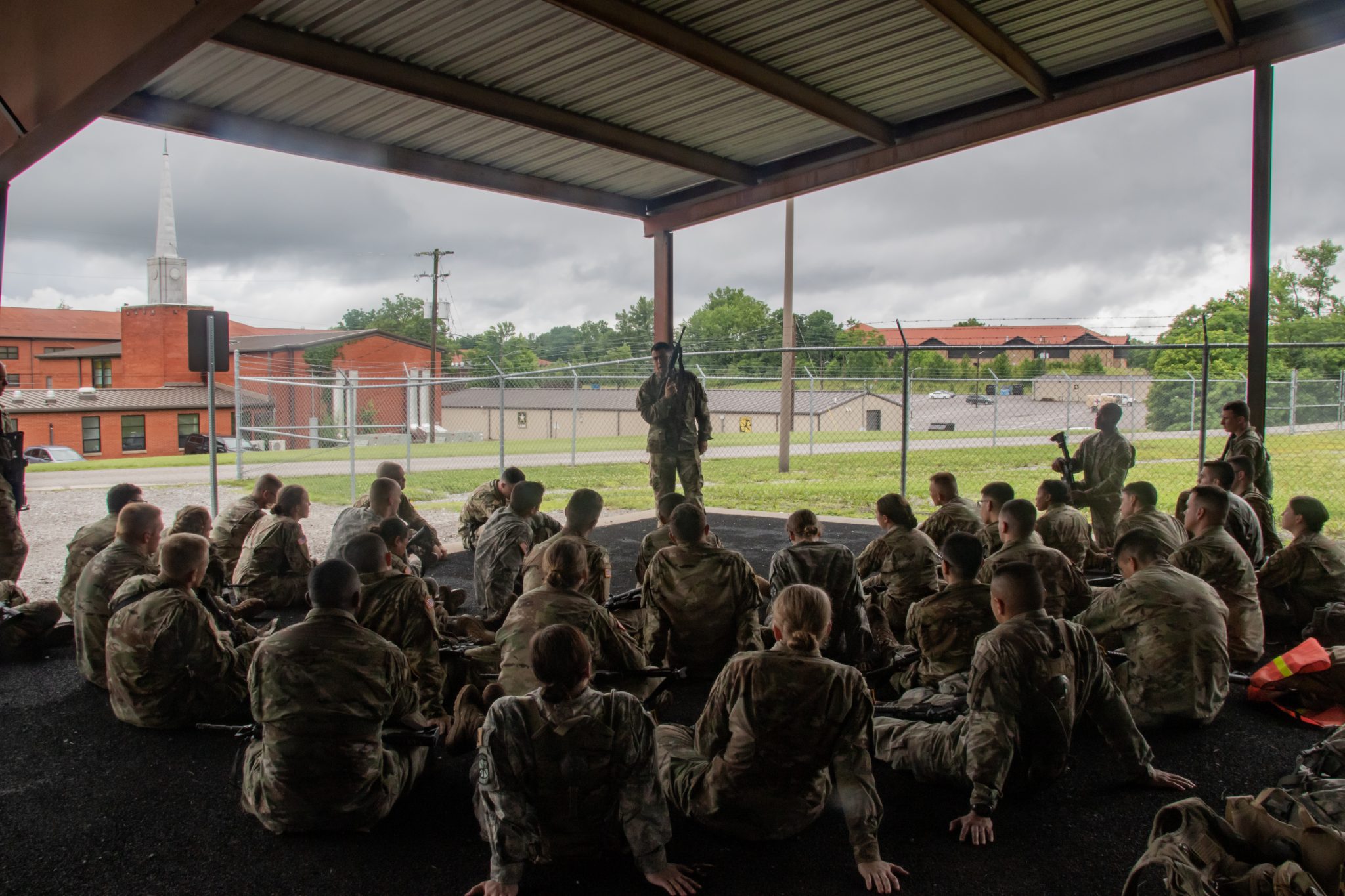 Master Sgt. Jose Trevino, an ROTC instructor at the University of Texas at Brownsville, led one squad’s training.  “There’s a lot of things that go with this. The first thing is safety. You always have to make sure they’re safe because most of them have never fired a weapon or a weapon system period,” explained Trevino.

Trevino continued, saying, “Next, we talk about what the capabilities are of the weapon system, how to properly handle it, and then we go into things we’re going to cover at the range.”  Going over these basic marksmanship techniques helps Cadets have an idea of what is going on out on the range and what the proper protocols are.  This understanding helps events such as weapon qualification run more smoothly. 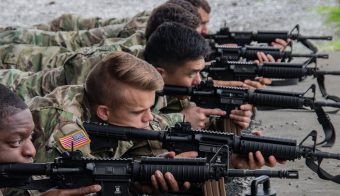 Because 4th Regiment arrived only two days ago, their training has been limited.  PMI is one of the first events the Cadets complete here.  Though some found this training very beneficial because of their lack of experience with rifles, others like Cadet Dan Hernandez, were excited to move on to the next event.  The Cadet from Bowie State University in Maryland has an extensive amount of rifle experience because of his prior eight years of service.

“I would like to commission Signal. PMI or weapons training would benefit me as a leader and a soldier in the United States Army. Other than that, it really wouldn’t apply to my job specifically,” explains Hernandez.

Cadet Michael Guss also has some experience with handling a rifle thanks to his ROTC program and three years spent in the Wisconsin National Guard.  He explains some topics his squad reviewed, stating, “We covered things such as the rear sight post and front sight post. It’s for when we’re zeroing our rifle at the range and we’re getting ready to [qualify].” 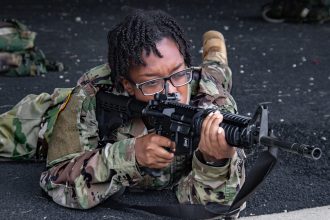 A Cadet from The Citadel, Joseph Curtis, was thankful for this training although he wants to either branch Signal or Quartermaster. “This is helpful for me just like it’s helpful for everyone else because we all need to know how to do all of this stuff if we’re going to be in the Army,” said Curtis.

Guss, a student at the University of Wisconsin-Lacrosse, described how eager he was to be at CST after anticipating it for the past three years.  “I’m excited to get to put my skills to the test, especially around so many other people that I’m not used to knowing and training next to; then getting to see how they were trained, what their skillset are, and what mine are, and how we can benefit each other. I’m learning so much from other people,” said Guss.

Curtis expressed his worries about being at CST during the first few weeks, saying, “It’s a culminating event, you have to do this and everyone knows you have to do this the whole time you’re in ROTC. I’m also excited to get through the “Go, “No-Go” stuff because that’s a lot of anxiety and pressure.” 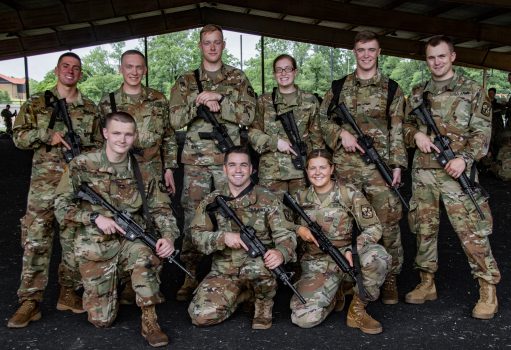 Unlike Guss and Curtis, Hernandez thinks training will go by in the blink of an eye and anticipates getting to see his wife and two kids again.  “When she dropped me off at the airport, she started crying a lot. I asked her why she was crying and she said she didn’t know. Whatever small time we spend apart has some effect on us,” said Hernandez.

Hernandez explained that his wife has a full-time job and is going to be taking care of their four and five-year-old by herself while he’s at CST.  “We’ll find out how it went when I get back,” said Hernandez.

While his kids are at daycare and wife is at work, Hernandez and his fellow Cadets, will be testing themselves throughout CST, striving to earn the RECONDO badge.

Well done Cadets; Chapter is over