When most people think of Peru, they think of the Amazon Rainforest, Machu Picchu or the Andes Mountains.  Cadets who were accepted into the Cadet Coalition Warfighter Program (CCWP) had a different experience on their trip to this South American country.

Cadets stayed at the Escuela Militar de Chorrillos, the Peruvian Military Academy, where they spent their weeks training with the Peruvian military and their weekends exploring the diverse city of Lima.  Although Cadet Daniel Perez, from the University of Texas El Paso, found their training similar to that of the United States, he believed that the Peruvian training was more intense in some aspects. 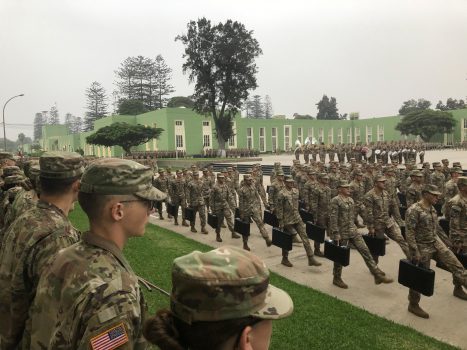 “The most that I’ve swam is one-hundred meters [in a pool] and their test was three-hundred meters in the open ocean.  I almost drowned, but they [the Peruvians] said no, you’re not giving up…you’re going to keep swimming,” said Perez.  “That’s normal to them.”

Cadet Andrew Doughty thinks the biggest difference between the two militaries was the roles Officers held.  “Our Non-commissioned officers do a lot of the same work that the Officers there do,” explained the Montana State University student.

According to Doughty, the Peruvian military spends about two and a half hours conducting drill and ceremony throughout the day, something he is not used to from his ROTC experience. “They’re very good at what they do and they’re very disciplined, but I was taken back on how much time they had dedicated to this task. It may seem silly or not as productive to us, but this is their only path to becoming an Officer, so they completely invest in the soldier to make them as disciplined and as ready to go as possible,” said Doughty. 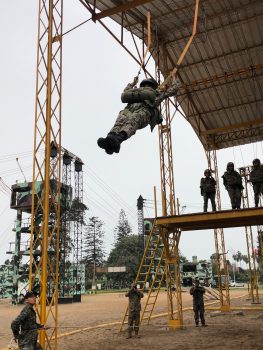 The Cadets were also afforded the opportunity to train at the Peruvian Commando School, which still adheres to the fundamental principles Peru learned from the U.S. Army Ranger School. The U.S. Army Cadets jumped from a thirty-meter tower with the Peruvian Airborne School, assembled a Galil, a Peruvian weapon system, and practiced on the range, shooting at targets five-hundred meters away.

After being selected last fall, Cadets were required to complete cultural training online.  Before leaving for Peru, each Cadet came to Fort Knox for in-processing and cultural briefings.  This training helped give some insight to the differences in food, language and way of life, but Cadets soon found that being able to adapt to this new environment might be a challenge.

What many Cadets will hold onto is the connections made with the Peruvian Cadets.  This is true for Cadet Zoe Wieman, a student at Campbell University in North Carolina.  She expressed that the differences in language created a barrier between the U.S. and Peruvian Cadets, but a group activity was able to combat that.  “We got to learn how to do their salsa and some of the other more traditional dances, and then we got to teach them some of our dances. No one needed to talk during it, so everyone really got along and it was a really fun experience.” 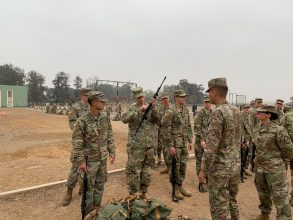 Doughty was able to grow a close relationship with a Peruvian Cadet days into the trip, something he’ll hold onto for a lifetime.  “To develop a friendship so quickly with someone from a very different culture and being able to discuss topics on how our cultures are similar and different was awesome,” explained Doughty.  Both Cadets are working towards a similar goal, as they pursue a path to becoming Officers in their own militaries.

Sarah Olszeqski, a Cadet from the University of Dayton, will remember the beautiful scenery around Peru.  On a tour Islas Ballestas, Cadets were able to see what looked like black mountains; however, this black shade was actually millions of nested birds.  Another excursion included riding the miles of Peru’s sand dunes in buggies and surfing on the slopes of the sandy terrain. 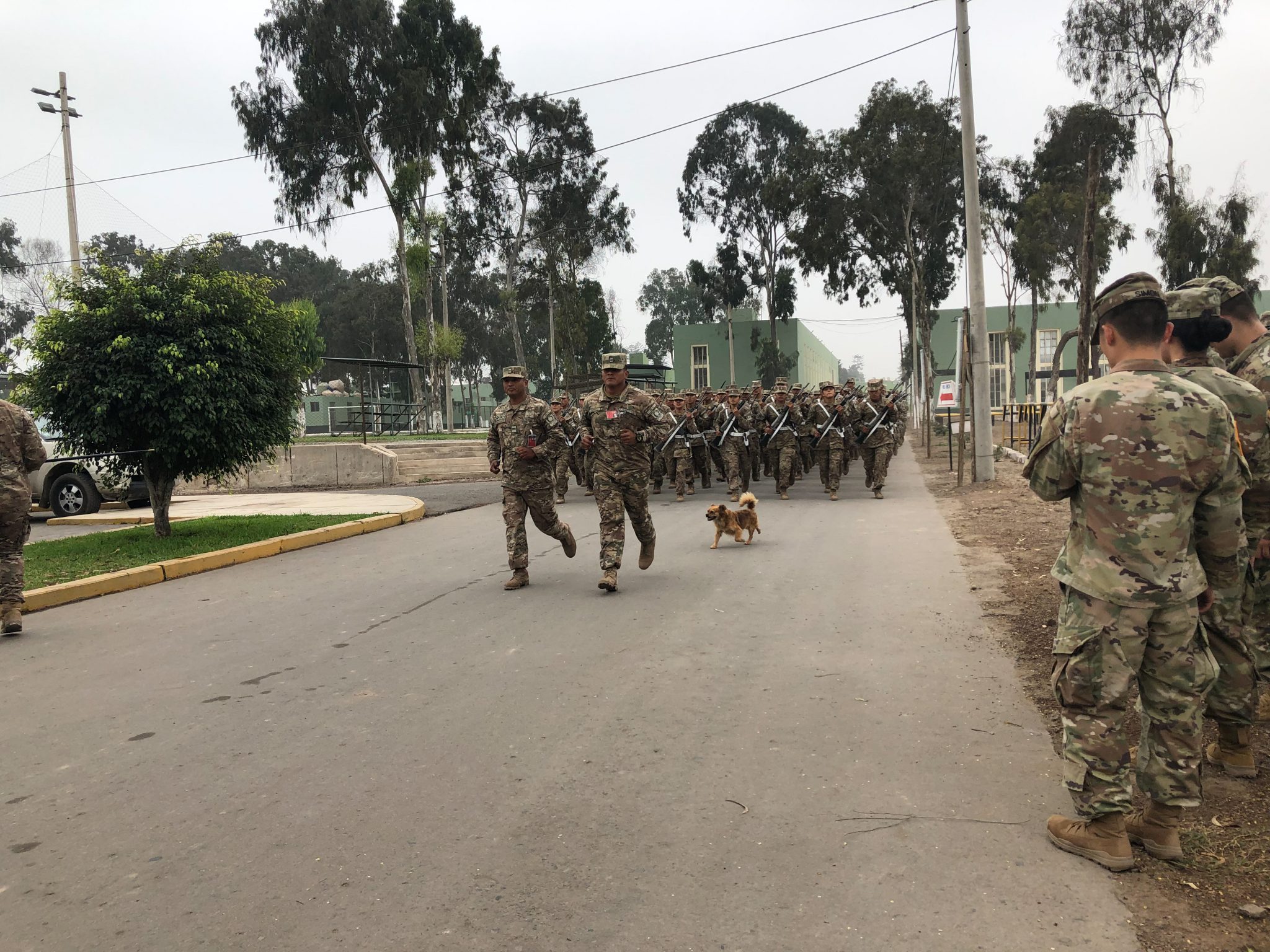 Perez’s favorite memory didn’t include the scenery or military training, but rather seeing the rundown areas outside some of the major cities in Peru. “No one will believe me when I tell them…the dogs are smart. One of them was wearing a t-shirt drinking out of a juice box,” said Perez.

The different military trainings and cultural excursions helped Cadets to open their minds to a new way of life and gain valuable leadership skills through new experiences.  Traveling to Peru with opened minds allowed each of these Cadets to fully immerse themselves into the Peruvian military and culture. These different experiences will be something that these Cadets will be able to utilize throughout Cadet Summer Training.