With the sun beaming down, Cadets were divided out amongst three obstacles: the Rock Wall, the Alpine Tower and the Rudder’s High Ropes Course. Each obstacle presented its own challenges, and each Cadet overcame those challenges in their own way. 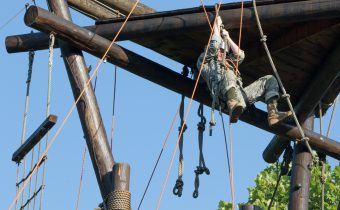 Cadet John Forman, from the University of Toledo, swings on a rope, attempting to climb to the top of the Alpine Tower at Fort Knox, Kentucky, June 30. | Photo by Megan Reynolds, CST Public Affairs Office.

From swinging a certain way to leaping off one section of an obstacle to a completely new section, Cadets tackled every single task.

“It’s a mixture of, they’re learning about themselves, they’re obviously nervous, very anxious. This is where we start to teach them coping mechanisms on how to embrace that [anxiety] and still perform the task that’s in front of them,” Col. Chris Alfieri, the Task Force Warrior Commander and the 5th Brigade Reserve Officers’ Training Corps Commander out of Fort Sam Houston, said. 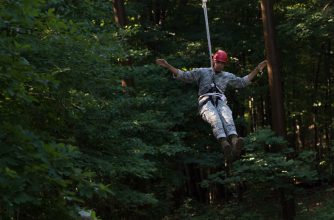 Being the Task Force Warrior Commander, Alfieri oversees all of Basic Camp. This has given him an especially close up view on how this camp molds and shapes future U.S. Army Officers. Alfieri believes that the Basic Camp Cadets that he works with everyday are “very proactive citizens” who are already striving to better their country.

Cadet Yaribeth Ocasio from Harrisburg, Pennsylvania, hasn’t entered the ROTC program just yet and is using Basic Camp as a step up. After this summer, she’ll be able to enter her program at Penn State University – Harrisburg as an MS3 (military science level 3).

“This is actually my first ROTC experience and I’m having a lot of fun with it,” Ocasio said. “My family has always been in the Army, all the way from my grandpa to my mom and dad. I felt like I wanted to try it, get those leadership skills.” 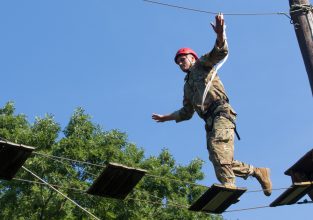 Basic Camp has given Ocasio the opportunity to make amazing connections, she said. Meeting new people and learning about the various ROTC tactics and training has opened up her eyes and that of her fellow Cadets.

“The best part of camp so far has probably been learning all the D and C [Drill and Ceremony],” Cadet Brock Crippen from East Peoria, Illinois, and attending Monmouth College, said. “I’ve never been taught that before, so getting hands on and learning everything step by step and getting really good at it… It’s been a lot of fun.”

Crippen is hoping to utilize everything he learns at camp, not only to help better himself, but to help better his fellow Cadets back at his university program as well. The training at Basic Camp is different from his training at Monmouth, so Crippen plans on helping the lower military science levels prepare for when they go to camp. 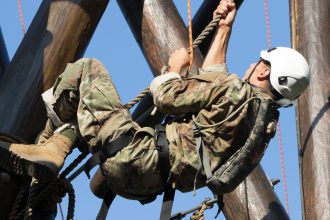 “I have a leadership role next year [at her University] as a platoon leader for my battalion, so I’m going to be able to take all the information I’m learning here and apply it back home,” Cadet Erin Harrigan, from Baltimore, Maryland, and attending Towson University, said.

Much of what the Cadets learn at camp isn’t taught back at their universities, so many of them, such as Harrigan, plan on soaking up all the info they can and relaying it back to their peers when they return home.