As part of the Cadet Coalition Warfighter Program (CCWP), formerly known as CULP, these Cadets rose to the occasion and made the most out of their stay in Mongolia. 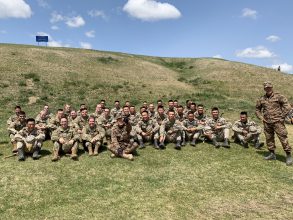 Before boarding the plane that would take them around the world, these Cadets needed to stay on top of their shots, get acquainted with the native language and train for the rise in elevation – 5,000 feet above sea level to be exact.

Cadet Shade Bullock, from the University of Missouri, took this information and applied it to her means of preparation.

Going from humid Missouri to high and dry Mongolia, there was some necessary adapting to do when it comes to physical training. “I tried to run as much as possible prior to going to Mongolia,” said Bullock.

No matter how prepared these Cadets felt upon their arrival, they never expected how the country would impact them.

Cadets’ time in Mongolia not only consisted of military training, but heavily relied on cultural and educational experiences.

“We would do military training throughout the week, and then cultural experiences on the weekends,” said Cadet Taylor Clarkson from Waynesburg University. These outings included listening to traditional Mongolian folk singing, and visiting local museums to learn the history of Mongolia.

Each Cadet explained how welcoming their hosts were, and how the relationships they made were mutually impactful. 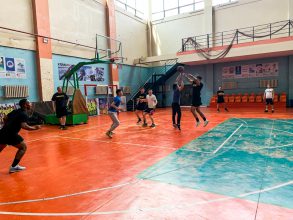 “They were the best host I’ve ever had,” said Bullock. “What was really heartwarming was, a Cadet on my team, Michael Morgan, took his own shoes and gave them to our host family’s son who loved basketball, but had no shoes.”

These Cadets were able to have a lasting impact on the locals, and in return, they gained perspective.

Each Cadet was asked how their perspective of Army ROTC has evolved since travelling to Mongolia. 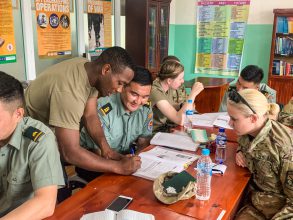 Cadet Michael Morgan and Cadet Klarissa Walvatne teach English to a soldier in Unit 330 in Darkhan on June 14, 2019.

Cadet Patrick Scharf from Stony Brook University responded with, “Cooperation on a larger scale. There’s nothing like seeing how other militaries work, and it really strengthens your ability to see things from other perspectives.”

“Their officers were right there with them, leading the way,” said Bullock. “Since we are going to be officers, to lead from the front, be out there with your soldiers, I saw that in Mongolia.”

Through their military training, connecting with their hosts and learning the expansive history of the country, these Cadets returned to Fort Knox having seen first-hand what leadership excellence looks like.

Beauty and Beyond – CULP Cadets in Senegal

Cadet of the Week: Bryce Dively