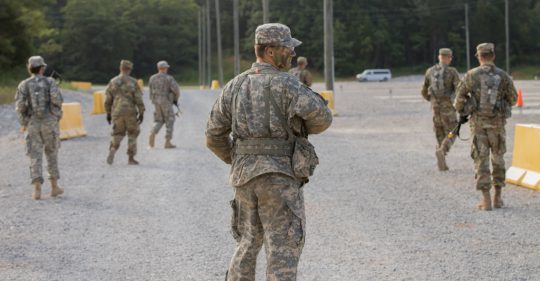 “The weather is nice and it is a good training experience,” Cadet Ny’Asia Campbell from Dillon, South Carolina, and attending Claflin University, said. “It is a good day.”

The Cadets spent the morning learning and practicing skills that will be required of them as they finsih Fire Team Movement training and head into the field.

“We have been learning tactical skills and things for the field out here,” Campbell said.

The tactical skills will not only be required in the field but in the critical moments that will shape their career. 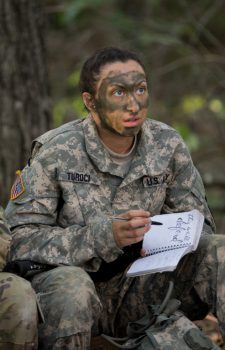 “What we teach here is something a Solider is going to use in the most dangerous times of their career,” Lt. Col. Jesus Cruz, Professor of Military Science at California State University at Fullerton, said. “It is the building block for how the Army fights and wins America’s wars.”

Walking into the training, most Cadets only have the knowledge from the previous weeks of Camp, so the growth of the Cadets is Cruz’s favorite aspect of the training.

“I think my favorite part is to see their progression from when they first arrived not knowing how to properly carry their weapon in the low-ready [position], not knowing how to pack their ruck or their assault pack, and seeing their progression to day three [of FTM training] when they are able to control a squad, control the two teams, react to contact, maneuver their second element,” Cruz said. “I love seeing them grow and improve their tactical proficiency while they are here.”

Cadre were not the only people who placed importance on the training.

“[In] the Army, although we have different MOSs (Military Occupational Specialty) or different branch details, our first priority is combat. We all need to know tactical skills,” the Claflin University Cadet said.

Cadet Kallin Austin, from Brigham Young University, said his biggest take-away from the training was the value of having a squad.

“In a squad in the military we all work as a team. Everyone has a place and everyone has responsibilities,” the Provost, Utah, native said.

Cadet Sean Murray, from San Hose, California, also is learning to appreciate his place on a squad. 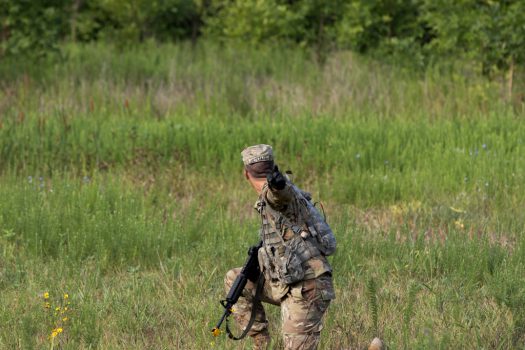 “It is important because if it is a bunch of individuals fighting, it is not going to work out as well as a whole group of people fighting together,” the Santa Clara University Cadet said.

For Murray, this training and the others that make up Basic Camp mean even more because they are his opportunity to pursue his dream.

“I wasn’t aware that I could join ROTC because I was a community college student, so I joined as a sophomore,” Murray said. “Both my parents were Soldiers and I always wanted to be one. I didn’t really think, I was going to do anything else with my life.”

Lessons on Communication At AO Grizzly: The Bare Necessities

Depending on a Friend