FORT KNOX, KY.— “Coming in I thought that everything was very black and white, but the real world is not that way. Things change, plans change and it really allows you to adapt and be a versatile leader,” said Cadet Nina Carter, from the University of North Georgia, who served as the platoon leader during a Field Training Exercise (FTX) lane. 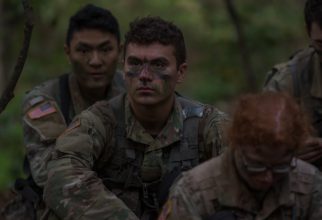 On July 30, 2019, 9th Regiment Advanced Camp Cadets had to deal with plans changing during a raid mission. Things changed due to a possible weather threat, and Cadets were unable to complete a leader’s recon the night before.

Due to this, Carter said, “I did not get eyes on the objective, I did not get any surveillance or observation on it. We did not have left and right security whenever we were on this objective. It really compromised people on it.”

Another obstacle Cadets had to overcome was a change of mission. When the Opposing Forces (OPFOR), the enemy, spotted Carter’s team the mission changed from a raid to react to contact.

Something else that was challenging for Carter was having to choose who would leave the Objective Rally Point (ORP) so that they could defeat the OPFOR. Their ORP had 360° security until some of it was pulled, leaving the ORP vulnerable to an attack. 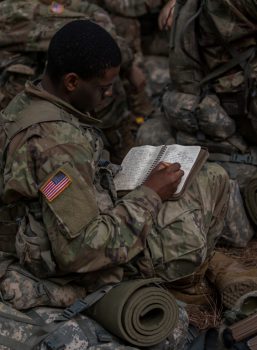 Carter said it is important to remember, “You are going to have all sorts of people you work with: strong ones, subtle ones, but they are all equally as important. It is really good to be a clear, concise communicator so you make sure no matter who they are they know what is going on and that your mission is complete with no casualties.”

“Listening and trusting others” is what Carter has learned the most from FTX. She said, “I have so many capable people here and it is the right thing to do to trust them to do the job you give them.”

If she had the option to do something differently, Carter would change the location of the ORP. She said it would have been “more off the road” and farther away from the enemy.

Although the mission was not perfect, Carter said, “This whole thing is about growth. [Cadre] are not expecting perfect leaders, they are expecting people to be receptive. They do not care whether you are a robot, they care that you are personable and able to accomplish a mission without any casualties.” 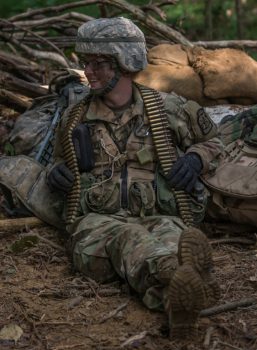 Cadet Ramsey Deleon, from Stoney Brook University, said, “It is one thing when you are learning about [FTX] in a book or you are in a classroom, but being put in that role and actually understanding how different components come together actually helps us out.”

He said the platoon struggled to communicate over the radio with each other so the messages being passed along seemed to slowly change.

If he could have done something different, he would have assaulted from a different direction. He feels that “it would have been better if I did that.”

Pauline Matthew, from Slippery Rock University, was an M249 gunner, “which is basically a light machine gun, so I was working on our assault element. Being able to maneuver the machine gun was most challenging” for her personally.

She also reiterated the struggle to communicate. Matthew said, “being able to relay information is really difficult when there is a lot of commotion and things going on. We need to be able to establish some sense of urgency and coordination in the midst of it all.”

Matthew served as a squad leader for the next mission. As a squad leader, she will be in charge of eight cadets. This job is basically “the middle man between the platoon leader and joe [a Soldier].”