This African proverb was shard with Cadets during their time in Botswana with the Cadet Coalition Warfighter Program (CCWP).

Cadets spent 20 days traveling through the country while engaging with the Botswana Defense Forces (BDF), completing humanitarian work, and enhancing their understanding of another culture.

The Cadets enjoyed the opportunity to experience a new culture and gain knowledge to carry with them as future Army Officers.

For Cadet Joe Ingalls from Centennial, Colorado, the military-to-military engagements with the Botswana Defense Force Cadets were a highlight of the trip.

“My favorite part of the trip was interacting with the Botswana Defense Force Officer Candidates,” the Benedictine College Cadet said.

“I got to teach a class on leadership as well as do a brief on react to contact. That is one of my favorite things to do is teach and teach classes,” Ingalls said. “My class is on the Army definition of leadership. The Army defines leadership as the process of motivating people by using purpose, motivation, and direction in order to accomplish the mission and improve the organization. I just took the definition and broke it down into different concepts and explained it to them through the Army leadership model and the requirements the Army has for future leaders.” 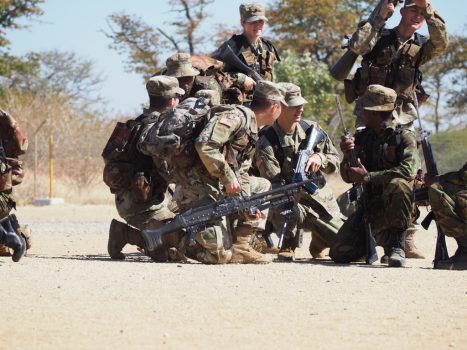 Not only did Ingalls and other Cadets on the trip have the chance to teach some Army concepts, the Cadets also learned more about the U.S. Army and the Botswana Defense Force.

“For us Cadets going to Advanced Camp, we need to learn certain Army doctrine battle drills. The BDF Cadets have their own battle drills,” Ingalls said. “So, we exchanged classes on our battle drills and compared them and we modified them so we could use them in a culminating tactical exercise with both U.S. and BDF Officer Cadets.”

The military-to-military engagements not only allowed for teaching moments but fun, bonding moments between the Cadets in both militaries.

“In addition to our classes and tactical exercise we also did a physical competition with teams that also integrated U.S. and BDF Cadets,” Ingalls said. “That took place in one afternoon. We did a series of physical challenges, we did a run with carrying logs, tires, sandbags. We had a few other events, we did a buddy carry event. It was just a way for us to bond. The next day we did a five-mile run together where we all ran in a formation. We sung Army cadences, they sang BDF songs and cadences they usually do. It was a great bonding experience through our military-to-military engagements.”

Ingalls appreciated the value in building relationships with the future officers from both countries.

Cadet Keirston Spiewak, from Penn State University really enjoyed getting to work on humanitarian efforts during her time abroad.

“I believe the best part of the experience was visiting the villages and doing the humanitarian aspect of the mission,” the Pittsburg, Pennsylvania, native said. “At the village we interacted with the children and visited the school. We donated supplies such as tables and American coloring books, because they are learning English as well as Setswana right now; those are their two main languages.” 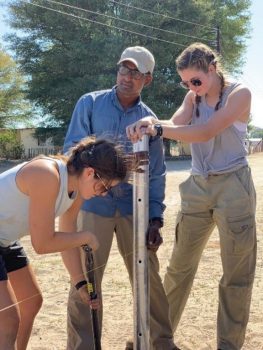 The humanitarian aid provided by the Cadets allowed Spiewak to gain a new perspective.

“What I enjoyed most about the humanitarian aspect of the mission was the impact that we left with them,” Spiewak said. “They say that at the village Gudigwa, they only get visited by Americans twice a year and so the day that we were there was almost like a holiday for them. They were shoving anything they could at us to get as much in the day that we could. We didn’t go to sleep until 12:30 at night, they filled the day with activities. I remembered being asked what the sky looks like from above and little things that we don’t think of that we take advantage of and don’t realize we should be grateful for.”

“This was important to my military career because it taught me that culture is more than just a word and just a race or traditions and customs,” Spiewak said. “It is a part of someone and their heart, if we don’t understand why people are the way that they are we are never going to be able to lead people.”

“I really learned the importance of identity and regional identity,” Idol said. “In the United States we have a really homogenous identity in that we are all American but in Botswana they are divided by tribes. The Sans people in the north of the country, view themselves differently than people in the capital. They live a different lifestyle, have different economic systems, different relationships with the government. I think it is important going forward as an officer to realize the variables in a country that impact identity and how you can tailor the way that you operate to fit and respect local customs.” 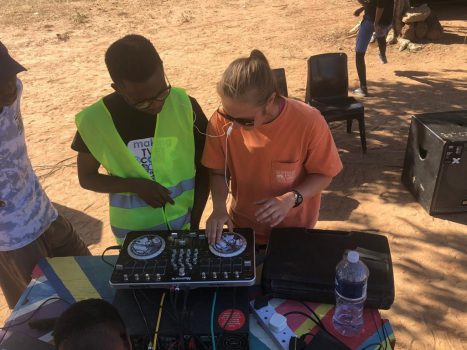 Idol found the new culture to have some surprising elements such as a vast different in the treatment and roles of the genders.

“I think that the differences in gender norms were very surprising,” Idol said. “Mainly because we celebrated a meal at [the] traditional meeting place in a Botswanan village. They separated the females from the males and gave them different meals. The males getting the better of the meal and the females eating intestines.”

“My biggest take away is to always learn about and understand the region you are going to operate in because how well you know a culture can determine your success,” Idol said. “It is not just going in and completing a mission but trying to leave a good impression. You need to leave a good impression of what the United States is and what the United States stand for.”

Spiewak is taking away a larger sense of empathy.

“I am going to take back from the Botswana culture the heavy amount of compassion and what they called “Bothos.” It means humanity in Setswana and it means that you are giving your all at all times even if you don’t want to,” Spiewak said.

Ingalls took away the importance of positive interactions with other militaries.

“This is probably one of the best experiences so far of my very short military career,” Ingalls said. “What I took from this experience is how to interact with other militaries and how important the relationships between militaries are. Going forward as a future military officer I will have to make hard decisions and decision based on assumptions and inferences using prior knowledge. This was an experience where I could build some of that knowledge that I can use for the future. By building knowledge on culture whether on Botswana or another culture I can use the knowledge that I have built now and use it to make other decision that I will have to make as an Army Officer.”