FORT KNOX, KY.— “Twelve miles is a distance that most people do not normally do every day so being able to accomplish something like that is pretty rewarding,” said Cadet Hayden Martinez, from Oregon State University.

Cadets from 9th Regiment, Advanced Camp, had this satisfaction when they completed their 12-mile road march here early in the morning on Aug. 2. Cadets stepped off the start line from Tactical Assembly Area Densberger.  They spent yesterday at TAA Densberger following their final phase of the Field Training Exercises. 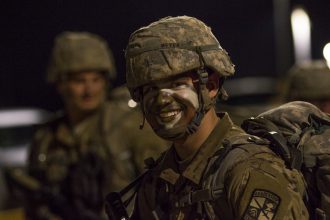 Martinez said that the rucks [the pack they carried with their clothing and equipment] this summer were “not too bad, especially if you can get your ruck right.”

He feels it is important to remember the “little things” when preparing for a ruck, such as “a good pair of socks, adjust your ruck to fit your body properly and do a little bit of fitness and physical training.”

Completing the 12-mile march is important for the cadets according to Martinez.

“Your subordinates also have to do it, so as a leader you being able to complete it shows that you can lead by example.”

Out of the three foot-marches that occur during CST, Cadet Deanna Lupia, from Bloomsburg University, said that this one was the hardest. She had heard from other Cadets that the 8-mile ruck was harder.

Lupia said this morning that she started to feel the effects early on the route, before finding her rhythm. 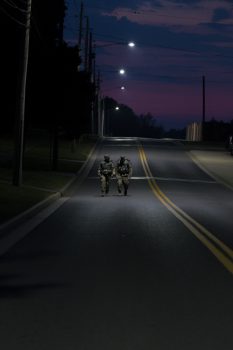 9th Regiment Advanced Camp Cadre make their way to the end of the 12-mile road march at Fort Knox, Ky., on Aug. 2. The ruck is one of the final steps for Cadets before graduation. | Photo by Matthew Billiot, CST Public Affairs Office

“Around mile two I started to hurt, my back started aching and at one point I thought we were three-fourths of the way done, but we were 4.7 miles in,” said Lupia.  “Once I hit mile eight it was fine.”

Although, the closer she got to the finish line the more familiar her surroundings became.

The hardest part “was trying to keep my mind busy and thinking of different things to keep my mind occupied.” She was already tired so she could not think too much about that so she would not fall asleep.

Hydrating and stretching is an import part of preparing for this road march, according to Lupia. She also said, “mentally just not think too much about it, because when you over think it and start to really freak out and focus on something it does not go well.”

When preparing for a ruck, Lupia said to practice consistently, because “it is easy to lose what you have built up, so definitely start rucking.”

“You are supposed to lead from the front and you cannot expect us to be asking more of our Soldiers and not doing it ourselves,” said Stephen Fata, from Washington State University, on the importance of the 12-mile ruck. 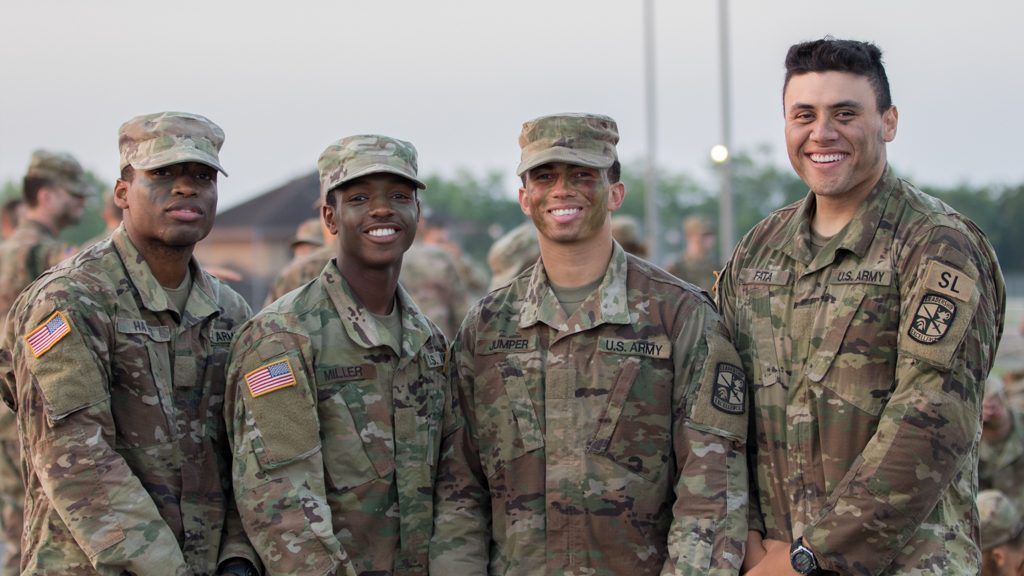 Since Cadets have been preparing for this since they got to Camp, Fata did not have too much trouble completing this road march. 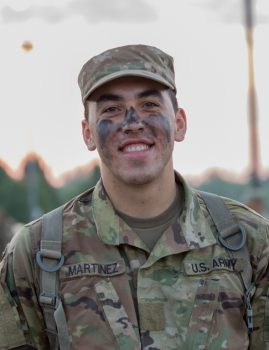 Fata is looking forward to seeing his daughter after camp ends and said “I cannot wait to see her. That is what helped me through the ruck, thinking about her.”

The hardest part for Fata was “trying not to go fast because we have to keep our spacing. You have to not only focus on your strength but the people next to you so you are trying to motivate them so that you can all finish together. It is not about being first, it is about finishing with the team.”

With 12-miles behind them, 9th Regiment Cadets are now focused on the days leading to their graduation.  They will graduate on Aug. 8 at Brooks Field.