Fort Knox, Ky. – Cadets from 10th Regiment, Advanced Camp conducted a reconnaissance mission during day one of their Field Training Exercise (FTX) in Area of Operations Grizzly. The Grizzly segment is the last of three phases that make up the FTX during Cadet Summer Training. 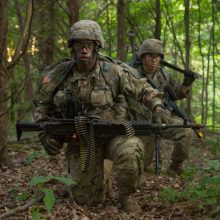 However, as sometimes happens, the mission did not entirely go as planned. During the initial recon, the Cadets from 1st Platoon, Charlie Co., encountered a large Opposing Force (OPFOR) compound.  A compound larger than their intelligence had indicated.

In addition, the Cadets faced technical issues with their radios, making communication a challenge and the movements longer.

Later on, the patrol base the Cadets had been operating out of was attacked by a simulated mortar strike turning the mission in a whole new direction.

The platoon leader, Cadet Jacob Bastian, a student at Minnesota State University, Mankato, explained how this mission helped him grow as a leader by challenging him with the unpredictable. 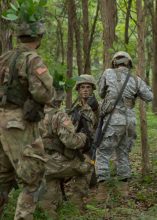 “It was very hectic (laughs), but I appreciated that, because it was a test for me,” Bastian said. “I wanted to see how I would react in a situation where things didn’t go as planned. I thought it was a good experience.”

Bastian was quick to say, ‘have confidence in your decisions and faith in your subordinates.’

This mission for the majority took place in a forested environment, making navigation a challenge. Yet, Bastian found the right person for the job.

“I assigned someone from the 1st squad as the paceman and the compass man,” Bastian said. “I didn’t doubt him for a second. We had to go through some really tough terrain and he ended up getting us to the places we needed to go.”

The Cadets from 10th Regiment, Advanced Camp are nearing the end of their time out at the FTX. They’re currently on day 10 out in the field, having completed the Wolverine and Panther phases. During the Grizzly phase, all missions are led by Cadets and evaluated by Cadre.   Whereas, earlier phases relied more on Cadre instruction and observation. 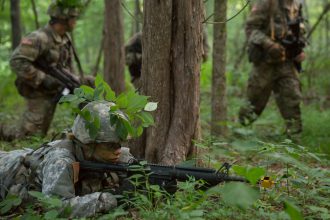 Cadet Heather Hill, a student at Jackson State University, looked back at how she felt prior to starting her time out at the FTX.

“I was a little scared when I found out we were going to be out in the woods for about 14 days, but having the entire platoon support me, push me, and teach me has been a great experience.”

Throughout all of the FTX missions, the Cadets will be working as a team. Hill said she appreciated that no matter how challenging it got, she could count on her peers to be there by her side.

“Just remember your teammates are going to be there for you,” Hill said. “Just breathe a little bit, take it all in, and trust in the process.” 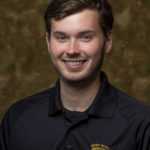