After 37 days of facing fears such as heights or hand grenades, pushing through mental challenges such as land navigation and map reading, and going survival-mode in the Field Training Exercises, the 8th Regiment has finally reached the end of their training at Fort Knox. 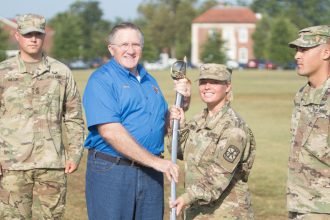 One of the main reasons Cadets work to pass Advanced Camp is the gateway it provides to becoming a 2nd Lieutenant. This is why the Cadre constantly challenged Cadets to become stronger in every facet of the word.

“I thought it was extremely thorough the entire camp,” Cadet Jack Chimenti, from Case Western Reserve University, said. “I enjoyed having to learn basic soldiering tasks such as throwing hand grenades, buddy team live fire and weapons qualification. I think that is important for future officers.”

Spending over a month sleeping and eating next to the same people can often lead to strong relationships being forged. One of the challenging elements Cadets faced at graduation was saying goodbye to their battle buddies.

“My battle buddies helped out a lot,” Cadet Gabriel Liranzo, from the University of North Georgia, said. “We built some really good bonds, and we are definitely going to keep in touch way long after this.” 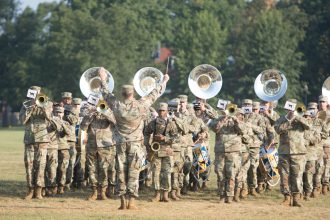 One extra incentive for Cadets to perform well was the potential of getting RECONDO (short for Reconnaissance Commando). This is an award given out to Cadets who excelled at Camp and hit multiple exercise benchmarks. Only a select few achieved it, and the ones who did received a certificate from Maj. Gen. Mark Evans at the ceremony.

“I’m not one of those people that goes out and tries to do things halfway,” RECONDO-awarded Cadet Joshua Norris, from Embry-Riddle Aeronautical University. “I’m out here to do the best that I can do. RECONDO is just a product of doing that.”

The majority of Cadets will be going back to their schools’ ROTC programs in the coming weeks, and will continue their paths with the Army from there. 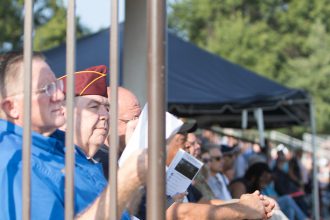 From Jamaica to Fort Knox: On Track to Becoming a Human Resources Officer

Navigation Leads to Unit Cohesion In the Field

The Army Takes the Cake for 244 Years of Excellence