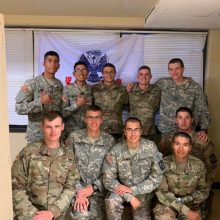 Cadet Clements is not only working on becoming a future Army officer, but he is electively furthering his academic career and pursing his master’s degree in Civil Engineering. Cadet Clements has proven that with balance, focus, and determination, anything is possible.

While balancing a challenging school work load and ROTC is difficult enough, Cadet Clements continues to go above and beyond. He is also a volunteer member of the National Park’s Search and Rescue team. Often times Cadet Clements gets called up for missions and spends any of his free time saving those in danger in the National Parks.

Cadet Clements works as a technical, so he performs high angular rescues. For Cadet Clements it is a typical weekend to rappel down cliffs, and put his own life on the line to save others.

Cadet Clements is a great example of a Cadet in the University of Cincinnati program who goes beyond the call of duty of just being a student and a Cadet, he truly embodied the Army 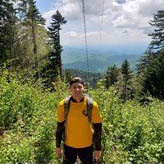 In The Cadet’s Words:

I joined Army ROTC because it was recommended to me by a close friend as something that I would work well in. I am not inspired by any one leader, rather the concept of leading from the front is what inspires me. I think it is more beneficial to show the people you are leading not only what they need to do but lead them and show them this is how it is done.