The final event hosted for Cadet Summer Training 2022 was just getting started when the day was ending.

“We left Densberger and got ready for step-off around 2030, formed up, and right at 2100 we stepped off for the 12-mile foot march,” said Cadet Leo Ras, Austin Peay State University.

Through the thick brush around them and gravel paths, Cadets marched through the darkness of the night. Along the way, some checkpoints provided arm immersion tanks to cool down.

Once Cadets arrived back in the Paul Disney complex, the finish line roared with excitement as their accomplishment for completing CST was checked-off.

Cadets gathered around to drop their rucks and celebrate the culmination, while some thought of how this experience is almost over, but their Army career is just about to begin. For some, they have been in the Army for years but will get to experience it for the first time as an officer.

Cadet Sean Canton, University of South Carolina, served in the Army for 11 years and wanted to experience something new.

“About a year ago I decided to put in an application to go green-to-gold and got accepted for it,” said Canton. “I was stationed at Fort Jackson, South Carolina at the time, so I just went down the road to the University of South Carolina.”

While Cadet Summer Training 2022 wraps up with 11th regiment crossing the finish line, Cadets can now look forward to their next step: commissioning.

“Going back to the very beginning after an 11 year career so far, it’s pretty exciting,” said Canton. “It’s still a little surreal because I went from being a Sergeant First Class to just around the corner being a Second Lieutenant.” 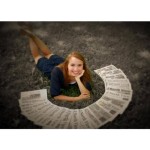