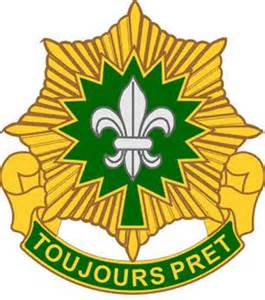 The 2nd Armored Cavalry Regiment is the oldest cavalry regiment in the United States Army, with over 150 years of continuous active duty. It was first bloodied in the Indian campaigns in Florida and the American southwest, and participated in every major campaign of the Mexican War.

During the Civil War, the Dragoons performed distinguished service with the Army of the Potomac on the fields of Antietam and Gettysburg. During the Spanish-American War, the regiment fought alongside Theodore Roosevelt’s Rough Riders in the capture of Cuba and later went to the Philippines to fight the Moro tribesmen.

The 2nd Armored Cavalry Regiment bears the distinction of being the only American horse cavalry unit of World War I, where it bore the brunt of the German thrusts at St. Mihiel and the Meuse-Argonne rivers.

The Dragoons distinguished themselves during World War II while leading general George Patton’s 3rd Army across France, relieving the besieged 101st Airborne Division at Bastogne, and then driving to Czechoslovakia, achieving the deepest U.S. Army penetration of World War II. Elements of the Dragoons also participated in beachhead operations during the Western Pacific Campaign.

During the Cold War years, the Dragoons guarded 651 kilometers of freedom’s frontier between the Federal Republic of Germany and Czechoslovakia. From December 1990 to April 1991, the Dragoons deployed to Southwest Asia where they took part in the defense of Saudi Arabia and the liberation and defense of Kuwait.

The regiment served courageously in the liberation of Iraq and transitioned to a Stryker Cavalry Regiment.