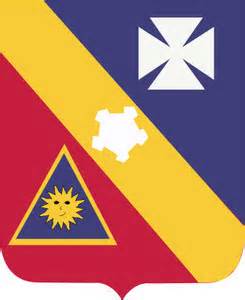 The 20th Infantry Regiment is a unit steeped in glory and service to the nation. Constituted May 3, 1861 in the Regular Army as the 2nd Battalion, 11th Infantry, it was organized June 6, 1862 at Fort Independence, Massachusetts.

During the Civil War this unit served in the 2nd Division of the V Corps. In that time, the regiment saw action at Peninsula, Manassas, Antietam, Fredricksburg, Chancellorsville, Gettysburg, Wilderness, Spotsylvania, Cold Harbor, Petersburg, Virginia 1862 and Virginia 1863.

Reorganized and redesignated Dec. 6, 1866 as the 20th Infantry, the 20th fought in the Indian wars, including Little Big Horn and Pine Ridge; the regiment saw service in Cuba in the war with Spain as a portion of the V Corps at El Caney and San Juan. During the Philippine Insurrection it took part in the Pasig Expedition of 1899 and campaigns in Manila and Luzon.